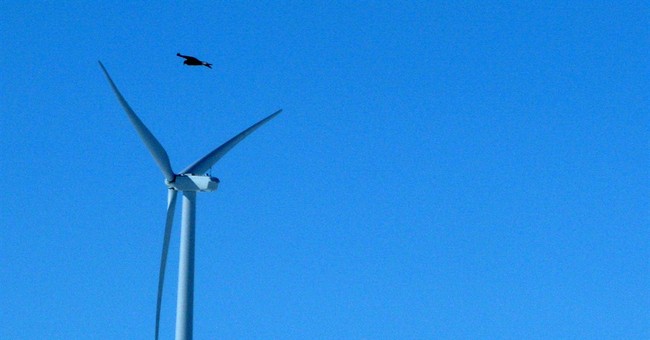 Editor's Note: The following urges Congress to pass two important energy bills. On Wednesday, November 20, 2013 the House passed one of them, H.R. 2728 which protects the sovereignty to regulate energy production within their borders. The bill passed by a 228-192 margin with seven Democrats joining the Republican majority. No word when, or if, the Senate will take up the bill. Unsurprisingly, the White House has threatened a veto.

America has lost confidence in government because our government has lost its credibility. During the past several years, the American electorate has been misled repeatedly solely for political purposes. And the less-than-truthful statements have been about topics that cut to the heart and stir up emotions.

What started with a promise to be "the most transparent administration in history" has become wrapped in endless scandals and no one ever seems to be held accountable. Political corruption and cronyism, targeting of Tea Partiers and even members of the press, spying and individual privacy violations, trampling the Constitution, and bald-faced lying are standard-operating-procedure. When pressed for answers all we get is an angry retort; "What difference does it make?"

As a result of President's Obama's prevarications, just 39 percent of Americans believe he's doing a good job; a majority says the President is dishonest and untrustworthy. Plus, members of Congress also are considering action that would require the campaigner-in-chief and his administration to lay politics aside and deal with certain issues objectively—for the good of the People rather than to advance his personal extreme agenda.

As evidence, consider two energy-related bills, H.R. 2728 and H.R. 2850, which would help to prevent the administration from politicizing energy policy. The first bill would retain the primacy of states over oil and natural gas development within their borders. It was drafted in response to a Bureau of Land Management proposal to add a one-size-fits-all layer of federal regulations on top of existing state regulations.

As the health care debacle has shown yet again, a one-size-fits-all federal approach doesn't work. There's no reason for a single, 60-year old man to be paying for maternity benefits, and there's no justification for Washington, D.C.-based regulators to be overseeing energy projects hundreds or thousands of miles away and in geology they know little about, especially when the states have regulated energy development effectively for decades.

The second bill would force the Environmental Protection Agency to rely on sound science for its upcoming report on fracking and drinking water. In the past four years, questions have been raised about the agency's objectivity due to evidence of an anti-fracking bias.

Who can forget the EPA regional director who threatened to crucify oil companies, improperly ordered an administrative action against a Texas gas producer falsely accused of harming drinking water, and who resigned to take a position with the Sierra Club?

And questions still remain about the EPA's groundwater testing methodologies in the Pavillion, Wyoming area, where the U.S. Geological Survey (USGS) was called in to repeat the tests. But, "unlike the EPA, the USGS failed to find any traces" of the fracking chemicals the EPA claimed to have discovered, as well as "significantly lower concentrations of other materials identified by the EPA…which may not have resulted from the fracking at all," as reported by the Wall Street Journal.

To avoid such problems with the fracking study, H.R. 2850 would require peer-review and order EPA to produce a rigorous, scientific report untainted by politics.

Fracking is much too important to the nation's future to be sullied by politics. In combination with horizontal drilling, fracking is unlocking vast quantities of U.S. oil and natural gas. It is likely to make the United States the largest oil and gas producer in the world while lowering energy costs and fueling the reemergence of U.S. manufacturing. A new report by the International Energy Agency (IEA) predicts American energy self-sufficiency within two decades…if the federal government doesn't get in the way.

Fracking also is helping to fuel huge economic benefits without the government support handed to so-called "green" companies, many of which have failed. According to IHS Global Insight, shale energy produced by fracking could create 3.5 million U.S. jobs by 2035 and generate $2.5 trillion in cumulative added government revenues, making it the right prescription for our lackluster economic recovery.

Yet fracking has its detractors who continue to spread fear of the technology, claiming it pollutes groundwater. This scare-mongering is baseless with much of it coming from Hollywood and radical environmental groups. Well-regarded studies in Texas, Pennsylvania andArkansas have found no link between fracking and groundwater contamination.

Even the uber-green Obama cabinet officials profess the safety and benefits of fracking. The President's EPA Administrator and Interior Secretary testified to Congress that there is no evidence of groundwater contamination due to fracking. Further, Obama's current and former Energy Secretaries praise fracking as "a big contributor to our carbon reduction" and "something you can do in a safe way."

One might think it self-evident that science, not politics and myths, should direct public policy and that state sovereignty as guaranteed by the Constitution would be sacrosanct, but not in today's Washington, DC. That's why Congress should approve H.R. 2728 and H.R. 2850 to protect the truth and prevent another federal power grab by the Obama Administration.