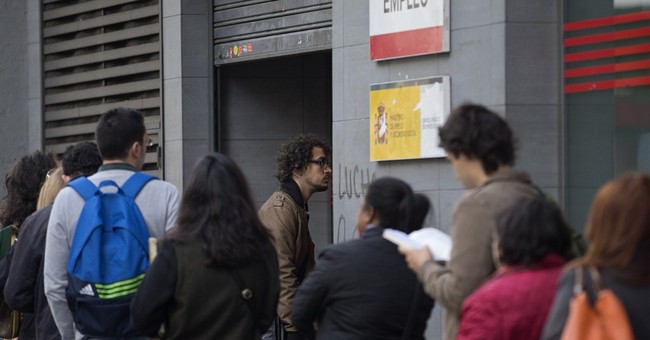 On many occasions in this space we have written about the importance of understanding the impact on our economy of the continual decline of the percentage of the population that either has a job or is actively seeking one. That ratio of workers to total eligible population is defined by the government as the Labor Force Participation Rate (LPR).

At the beginning of the most recent recession in 2007, the LPR was 66%; a ratio reflective of healthy conditions for the U.S. economy for the previous two decades. Beginning in 2009 the LPR began to erode as more Americans left the work force frustrated that they couldn't find a job. That's not unusual in a recession, but the trend typically reverses when a recovery begins and jobs become more available again.

Recovery technically began in June 2009 – 54 months ago – when the GDP had stopped contracting, but the jobs market has yet to return to anything close to normal. In fact, according to the Labor Department's data there are 3 million fewer employed Americans today than at the start of the recession in late 2007, and the Labor Force Participation Rate has fallen to just 62.8% - matching a low not seen since 1978, 35 years ago.

Additionally, there are 12.5 million more Americans that are classified by the Labor Department as "Not in labor force" than when the recession began.

The Obama Administration likes to showcase a decline in the unemployment rate which peaked at 10.0% in October 2009 and has fallen to the current 7.3%. That, the White House says, is evidence that the President's policies are working.

But, as the following chart courtesy of Ed Carson and Investor's Business Daily indicates, if the significant reduction in size of the work force is accounted for, the "real unemployment rate" is more like 11.8%. In a detailed analysis (here) Carson's concludes that "almost all of the apparent improvement (in the unemployment rate) has come from a historic exodus from the labor force."