Colorado Dems: "It's about voter suppression" 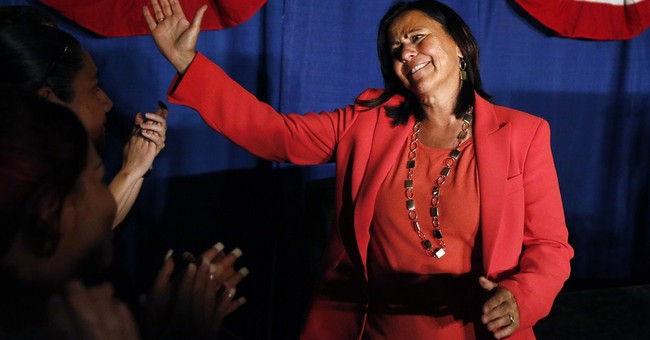 Democrats apparently can never just lose an election.  Something sinister, even illegal, must be the reason. "I'm not sure what happened," former State Senator Angela Giron told the Denver Post the morning after she was trounced in a first of its kind recall election in Colorado.  Now, she's got a different story – voter suppression.

Angela Giron lost her Senate District 3 seat in Pueblo, Colorado in a recall election last Tuesday by more than 12 points, 56.0% to 43.9%.   This is particularly stunning as hers is a district composed of nearly 50% registered Democrats. Barack Obama won the district by nearly 20 points in 2012 – just ten months ago.

But, as you'll see in the CNN video below, Giron is completely unwilling to accept the fact that the voters of her district rejected her for her support of the anti-Second Amendment legislation she championed in the 2013 session of the Colorado legislature.  According to the Denver Post, 20 percent of the voters who signed the recall petition were registered Democrats volunteering that Giron had become "arrogant and difficult to work with."  That observation seems abundantly clear in the CNN interview below.

Voter suppression has become a favorite mantra of the Democrat Progressive left.  As with a lot of their emotional arguments, however, the facts don't support their argument.  For more, see A Line of Sight.comcontributing editor Brian Anderson's recent article, "Straight Talk about Voter I.D. Laws."