A Feeble Four Years of Recovery; the Numbers tell the Story 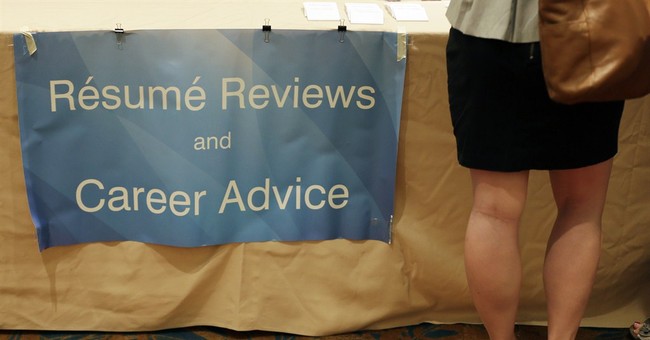 "In the four years since the recession ended in June 2009, the economy has added 5.3 million jobs, thanks to the resilience of the American people and policies like the Recovery Act, which helped bring the recession to an end and put us on the path to recovery."

Alan B. Krueger, Chairman of the President's Council of Economic Advisers, July 5, 2013

One might expect Barack Obama's chief economist to put a happy face on the state of the economy as he did from the White House lawn with the above statement following the release of the June economic report from the Labor Department. But it probably wasn't all that smart for Alan Krueger to remind us of the $832 billion boondoggle Economic Stimulus, aka: The American Recovery and Reinvestment Act of 2009. For that matter, about the only non-spin shred of truth in Krueger's statement was his reference to the "resilience of the American people." He could have also added that the American worker has been – and still is - "long-suffering."

For while Krueger is technically correct that the recovery started four years ago – meaning the economy stopped contracting – it has been a painfully slow process with still a very long way to go. Political spin aside, economists like Krueger are numbers people. He must have studied the numbers, too, and the data is not on the side of the Obama Administration and their failed economic policies.

The following chart summarizes key relevant data from the Bureau of Labor Statistics comparing figures for the month of June from 2007-2013. The 2007 data provides a baseline of the economy prior to the recession. By June of 2008, the early signs of the downturn were showing up. And, as noted by Krueger, the recovery began in June of 2009.

A review of this statistics leads to the following conclusions:

A return to normal economic conditions with 5 percent unemployment and slightly more than 66 percent of the population either employed or actively looking for a job would require 10 million more jobs than currently exist in Obama's economy. Allowing for normal population growth of nearly 200,000 per month, at the current rate of job creation, it will take it will take more than eleven years to "recover."

Indeed there has been some steady modest job growth, but as explained earlier, much of that has been low wage, part time jobs. In a previous piece we documented that nearly 60 percent of all jobs created in Obama's recovery have been low wage jobs.

Good jobs are created by expanding economies. The consensus of economists is that a GDP of about 3.5 percent is necessary for significant job creation. However, GDP during Obama's recovery has been barely half that, and now multiple sources are predicting 2nd quarter 2013 GDP will be an anemic 1.0 percent.

Obama was elected in 2008 in large part because he convinced enough voters he knew how to lead an economic recovery. Instead, America got "the feeblest economic recovery since the Great Depression," according to Paul Wiseman of the Associated Press. We're told to be patient; we're heading in the right direction; we need to adjust to a "new normal."

All that spin is nothing more than a pathetic attempt to play us all for fools and avoid admitting their own failure of historic proportions. Sadly, "we" not only suffer the immediate consequences of "their" failure, we're also going to get stuck with the bill.

Rather than lead America back to economic health as Chief Adviser Alan Krueger would have us believe, the policies of this President – Stimulus, ObamaCare, Dodd-Frank, and an explosion of deficit spending – deepened the economic despair and stagnated the recovery.