Private Sector Innovation is Poised to Save Us from COVID, but can it Survive Biden?

Bob Barr
|
Posted: Nov 25, 2020 12:01 AM
Share   Tweet
The opinions expressed by columnists are their own and do not necessarily represent the views of Townhall.com. 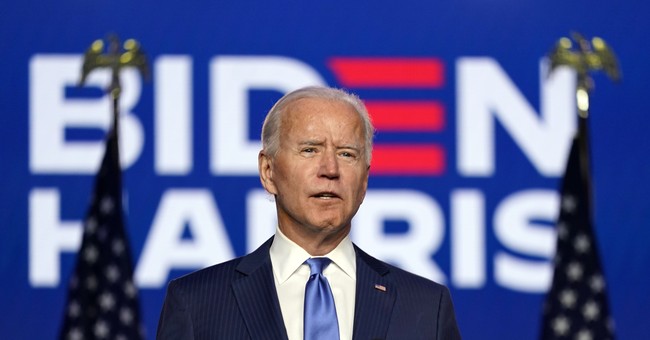 All things considered, America has done remarkably well through the COVID-19 pandemic. Despite profoundly dramatic changes to the very fabric of American life (primarily the result of state and local government overreach), we are nearing the light at the end of the tunnel. The economy slowed, but it did not stop. Schools closed, but children are still learning (at least sort of). People are sick and some are dying, but there is a miracle cure on the horizon. All this, thanks to private sector innovation.

So why does Joe Biden want to kill it?

When you think about it, America’s response to the COVID-19 pandemic is nothing short of incredible. In just a matter of weeks this past Spring, how we work, learn, and live changed dramatically. However, rather than the economy grinding to a halt, many American businesses quickly pivoted – with considerable, if somewhat uneven success – to a work-from-home model. The same with schooling; it still continues to be a struggle (no thanks to petulant teachers and their unions), but remote learning allows at least some semblance of academic instruction. Even restaurants found lifelines by partnering with food delivery startups after state and local government tyrants shut them down arbitrarily.

None of these successes would have been possible even five years ago. Exponential advancements in broadband means internet speeds are faster, and cheaper than ever before, thereby allowing tens of millions of Americans to work from home without major internet interruptions. Technical devices are more affordable than ever, making remote opportunities more possible for the working class. And, thanks to app technology that can create jobs out of thin air, tech startups not only employed people as the economy slowed, but kept people employed by helping restaurants serve customers – even at home.

It is thanks to the private sector that America has survived COVID-19; certainly not without pain, especially to the travel and hospitality sectors, but far from the doom and gloom predicted (if not hoped for) by Democrats. Our economy faltered but did not crash and burn as many had expected, and some sectors even thrived. In large part, this was because of a President who knew to get out of the private sector’s way even before COVID hit, and who struck the right balance with government assistance when necessary. That all looks to change with Joe Biden.

Consider the advancements with America’s internet infrastructure, including the recent launch of 5G networks across the country, which only occurred because internet providers did not have both hands tied behind their backs with meddlesome regulations like “Net Neutrality.” That misnomer of a policy had been pushed hard by the Obama-Biden Administration, and the former V-P has not changed his desire to see it implemented now.

Biden also has indicated he will support federal legislation similar to the freelance job-killing “AB 5” law in California, with which his running mate, Kamala Harris, is so enamored; but which is devastating to the “gig” economy that is the lifeblood of companies like Uber and Instacart.

The difference in how the government and the private sector responded to COVID should be proof that in every economic sector, from virology to space travel, the private sector simply does it cheaper, faster, and better than the government. Unfortunately, Democrats cannot help themselves when it comes to throwing a wrench in the gears. They think with just the right touch (which gets only heavier), they can force the private sector to do “more.” This, of course, always ends up being less – less jobs, less wealth, less innovation, and less opportunity. In the case of a pandemic like COVID, the consequences will be even more dire, resulting not just in economic loss, but loss of life as well as healthcare innovations stall or never materialize.

We are living in a new golden age of private sector innovation. NASA is using private commercial spacecraft to send astronauts into space, billionaires like Bill Gates are working on clean energy solutions that the government did not have the imagination to dream, and as CEOs like Elon Musk have done more for moving our society away from fossil fuel cars than any of Obama’s “green” new deals.

With a market-driven economy leading the way, America can survive COVID-19, but can that free market which has brought us tantalizingly close to this goal, survive under the heavy hand of a President Joe Biden?  The answer to this question is not a happy one.