Bob Barr
|
Posted: Apr 25, 2018 12:01 AM
Share   Tweet
The opinions expressed by columnists are their own and do not necessarily represent the views of Townhall.com. 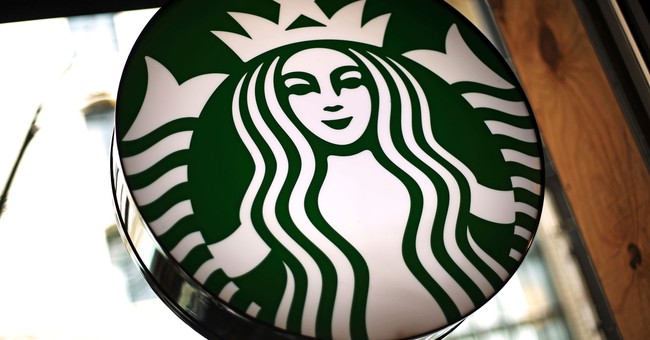 In a delicious twist of fate, one of the planet’s most liberal companies, Starbucks, once again is begging the Left for forgiveness.

The coffee giant’s previous mea culpa was in 2014, after Starbucks angered the gun control movement by having the audacity to declare it would respect the Bill of Rights by allowing customers who chose to lawfully exercise their Second Amendment rights into its coffee shops. This time, the issue that has Founder and Executive Chairman Howard Schultz twisting himself in a philosophical knot is not guns, but race.

Notwithstanding Schultz’s repeated hand-wringing over what he appears to consider the sad state of race relations in America, and despite his ongoing efforts to ensure not a single one of his more than 180,000 employees ever does or says anything that anyone might construe as racially insensitive, the unthinkable happened. Earlier this month at a Starbucks in Philadelphia, a “barista” set the coffee world on fire when, after two African American men refused to order a drink and asked to use the restroom while they waited for someone else to join them, the barista (who is white and now unemployed) called police.

Clearly, the former employee’s decision to call in the posse was unnecessary and a lapse in judgment. Schultz, however, apparently was shocked to discover that his employees are human and will from time to time do or say something stupid. The CEO’s over-the-top reaction to the incident speaks volumes about contemporary Western culture.

In ages past, a mistake by the manager of a chain restaurant as was seen here, would be dealt with by an apology to the customers, and a quick internal investigation to make sure the error was not a recurrent or deliberate one.

As Schultz sees things – a view likely shared by other millennial-based businesses – an individual’s mistake is never a “one off,” but rather reflects an entire culture gone bad and in need of re-education. So, an apology and slap on the wrist has become a clarion call to re-educate some 180,000 employees at the cost to shareholders of tens of millions of dollars. To Schultz, apparently, such cost is not only warranted, but essential in order to ensure that no Starbucks customer ever again feels unloved, or any employee ever again lets slip a move that reveals “unconscious bias.” For Schultz, no cost could ever be too high if it results in a “safe space.”

In his 1948 dystopian novel “1984,” George Orwell acquainted us with the notion of curing “thoughtcrime” through re-education. Orwell’s sadistic re-educators employed torture as a way to punish the crime of independent thinking. While Schultz’s corporate-wide re-education program does not entail the use of such methods, the notion that “unconscious bias” can be subjectively identified and objectively cured, is as flawed in the real world of 2018 as in the fictional world of 1984.

That the tormentors in the Orwellian world of “1984” branded the site of their torture chambers the “Ministry of Love,” becomes ironic in our contemporary world where the search for a loving “safe space” trumps all else; whether sound education policy at our universities and colleges, or business sense at major corporations like Starbucks.

If such liberal pap were limited to Howard Schultz, that would be one thing. If Starbucks’ corporate leadership team demonstrated that suspending operations at all of its coffee shops for a day in order to re-educate all its employees, made fiscal sense, one might overlook the nonsense of it all. However, the entire corporation appears to have bought into Schultz’s philosophy that “unconscious” bias is an evil that (1) can be identified, (2) treated, and (3) will result in a demonstrably “cured” workforce.

So, on and on sails Schultz. “We will learn from our mistakes and reaffirm our commitment to creating a safe and welcoming environment for every customer,” he declared recently in defending his decision for a May 29th shut-down and figurative “group hug.”

Far from reaffirming his reputation as a once-visionary business leader, this episode confirms Schultz’s stature as a caricature for a millennial society where everybody is afraid of everything, and hurting anyone’s feelings constitutes a call-to-arms for radical change regardless if change is actually needed or even possible.