Bob Barr
|
Posted: Jun 14, 2017 12:01 AM
Share   Tweet
The opinions expressed by columnists are their own and do not necessarily represent the views of Townhall.com. 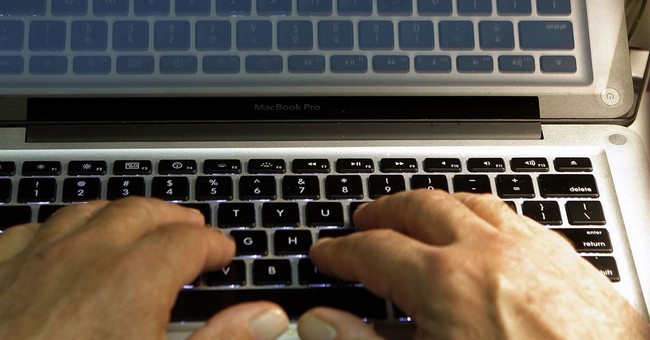 Of the 500 million pieces of mail processed and delivered by the United States Postal Service each day, many are solicitations from non-profit organizations. In fact, if you’re above a certain age and have been an active donor to non-profits in the past, there is a good chance much of your daily mail constitutes such appeals. To help donors intelligently navigate among so many requests, online tools are available that rate charities based on financial health, transparency, and accountability. One of these services, however, has decided to include in the information it presents on its website evaluating specific non-profits, highly questionable material that is far more ideological message than a legitimate fact about the organization’s not-for-profit work.

GuideStar is one of the more popular charity ranking tools. However, this well-known site is now placing its credibility at risk by partnering with the Southern Poverty Law Center (SPLC) in slapping a “warning” label to charity profiles on its site that SPLC has “flagged as a hate group.” The red label, featured top and center on 46 charity profiles, is the first thing a visitor sees when landing on its page; even GuideStar’s own “Silver Award” noting a charity’s commitment to transparency is not given the visibility of this new warning. Absent from the site is any explanation as to is why GuideStar believes the charity warrants such a bold and negative warning.

In fact, the warning links the visitor only to SPLC’s overdramatic “extremist files” page, warning about “anti-gay zealots,” “white nationalists,” the alternative right, and anti-government movements. It is hardly an objective analysis for an organization like GuideStar supposedly both objective and neutral in its ratings.

To be sure, some organizations the SPLC identifies with its nebulous “hate group” label deserve it; there is no question that white supremacist organizations like the Aryan Brotherhood are groups driven by nothing except hate. On the other hand, organizations like the Family Research Council (FRC) and Federation for American Immigration Reform (FAIR), appear on the list for no reason other than their support for political agendas opposed by the SPLC.

The SPLC is, of course, free to offer whatever political opinion or label it wishes against groups with whom it disagrees; and, the Center certainly has developed a knack for doing so. Karl Zinsmeister, writing at Philanthropy Roundtable, described SPLC as a “cash-collecting machine” that uses its extremist list as a “political tool,” while directing only a fraction of its revenue to its original mission as a legal aid organization. The Center’s use of fearmongering rhetoric is obvious to anyone familiar with its history. What is less obvious is why GuideStar blindly follows SPLC’s guidance on these matters, rather than conducting its own independent analysis on why such a label may be warranted.

To wriggle out of this irresponsibility, GuideStar adds a vacuous caveat to its hate group banner, stating they “leave it to you to come to your own conclusions.”

As GuideStar should, and likely does know, appearances in fundraising can make all the difference to potential donors. Fundraisers regularly test millions upon millions of fundraising letters to where even the slightest details of an envelope are designed to improve the chance that the recipient will open it. But it does not take a direct mail expert to predict how a red banner with “hate group” scrawled across it will impact potential donors.

This is likely the intent of the SPLC -- to deprive groups like FRC and FAIR of funding; but GuideStar should not be a participant in such an ideologically-motivated game. At least, not so long as it claims to be neutral in its assessments of non-profit organizations based on metrics potential supporters actually care about, like how much of their money will be spent on the charitable programs to which they are donating.

Perhaps GuideStar is drinking social justice Kool-Aid like the hip “woke” kids on the Left, or maybe it earnestly believes these labels make a difference. Regardless of motive, GuideStar is abusing the trust charity supporters place in it by launching an uninspired and lazily conceived response to the ongoing debate about “hate speech” in the public space. And, whether they intended or not, this hackneyed feature is blatantly partisan, and biased against conservative organizations for reasons completely outside the scope of GuideStar’s mission. As the adage goes, “keep it simple, stupid.” GuideStar should stick to the basics of what it does, and leave politics to the SPLC and others who have made it an art form.