A Study in Contrasts – Benghazi vs. Ankara

Bob Barr
|
Posted: Dec 21, 2016 12:01 AM
Share   Tweet
The opinions expressed by columnists are their own and do not necessarily represent the views of Townhall.com. 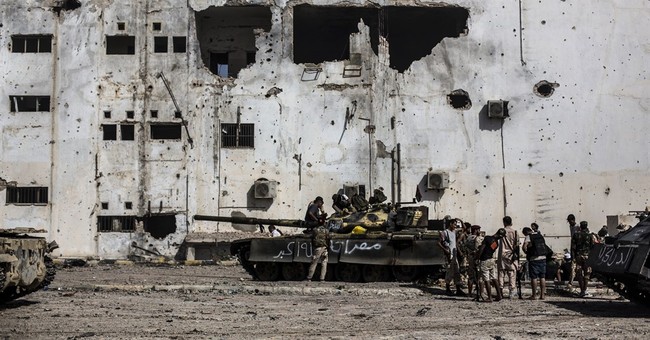 In Roman ruler Julius Caesar’s account of the Gallic Wars, written in the ancient manuscript Commentarii de Bello Gallico, he describes the principle of “murum aries attigit” – which states that a soon-to-be-conquered city would be offered conditions of surrender by the Romans, but only “before the battering-ram should touch the wall.” And, should it touch the wall, no longer would such mercy would be shown, and only total devastation would follow. The doctrine was meant to foster a diplomatic resolution by dissuading further hostilities with the very real threat of no alternative but death.

In recent years the Russian government, under Prime Minister Vladimir Putin, has adopted a similar doctrine in its response to Islamic terrorism. This approach was first displayed in 2002 when Putin used unconventional – some might say “brutal” -- methods of subduing 40 Chechan rebels who had stormed a Moscow theater, taking more than 850 hostages. The raid on the theater, which included the use of a “knock-out” gas, unintentionally resulted in the death of more than 100 hostages. Putin brushed aside criticism, noting the rescue saved hundreds of other hostages while killing all the Islamic terrorists. Moreover, as Putin stated, the response “proved it is impossible to bring Russia to its knees.”

Such a heavy-handed response to a terrorism is utterly unthinkable in Obama World. While Putin has adopted the murum aries attigit doctrine against terrorism, Obama has opted instead for a policy that virtually ignores the very existence of Islamic terrorism. How Russia is likely to respond to this week’s assassination of its Ambassador to Turkey, compared to America’s own responses to recent acts of terrorism, including its own assassinated Ambassador to Libya in 2012, presents a stark contrast in leadership in the post-911 world.

Immediately following the assassination Monday of Russian Ambassador Andrey Karlov, in which the attacker stood over the body shouting support of global jihad, Putin promised to escalate its fight against terrorism, and warned those “bandits” responsible for the assassination “will feel this happening.” Compare this to the Obama Administration’s tepid and waveringan response to the 2012 terror attack on an American diplomatic outpost in Benghazi, Libya. Despite knowing almost immediately the attack was a planned terror attack, Obama’s State Department – led by then Secretary of State Hillary Clinton – denied any connection to Islamic terrorism, and declared the attack was merely a “spontaneous protest” over a YouTube video that got out of hand. Later, when this was proven to be a bald-faced lie, Obama intentionally stonewalled congressional investigations into the many security failures that led to the attack.

There was no declaration of definitive action by Washington, or promise of swift retribution. Such obfuscation of facts, and dodging having to verbally recognize the threat of Islamic terrorism, has been the standard response to acts of terrorism at home and abroad under Obama. For example, Obama and his Democratic cronies in Congress used the 2015 terrorist shooting spree in San Bernardino, California not to announce a commitment to wiping ISIS from the map, but as an excuse to talk about “gun control.” In response to the massacre earlier this year at an Orlando nightclub popular in the gay community, Obama pushed a politically coded message about “tolerance.”

Obama’s inability to accept the reality of global terrorism for fear of offending the globalist community or a cherished interest group, and the lack of definitive action beyond waiting and seeing whether the “international community” will first “come together” to help “degrade” and “manage” such attacks on U.S. citizens and interests, has created a vacuum in which ISIS and its lone-wolf converts are actively plotting future attacks. In fact, Obama’s response to terrorism, if doing so at all, has been so backwards that Al Qaeda even struggles with making sure it gets proper credit for its activities -- suggesting attackers target Caucasians so as to avoid such attacks being labeled “hate crimes” rather than terrorism.

Putin is far from a model leader, but his strong, consistent and definitive response to terrorism leaves no doubt where Russia stands on combatting global terrorism, or what its response will be to those who seek to do Russia harm. Fortunately for America, Obama’s time in office is finally coming to a close, and our next president, Donald Trump, does not look to be one to keep the battering ram from the wall for long.