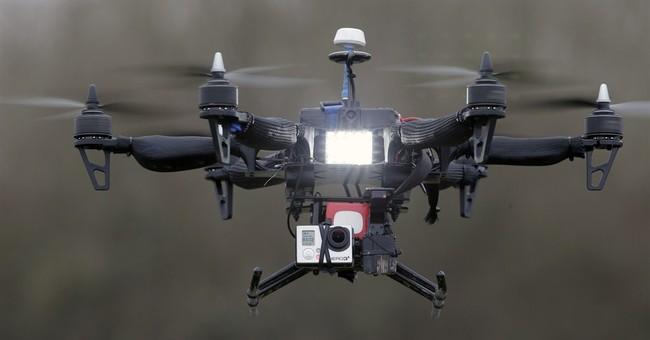 Amateur drone hobbyists, beware! If you happen to make one red cent from any video filmed with your small drone – or if Uncle Sam thinks you are -- you might soon receive an unwelcome notice in the mail or an ominous visitor at your door. The Federal Aviation Administration (FAA) is cracking down on what it deems to be “commercial use” of drones or “Unmanned Aerial Vehicles” (UAVs), as it prefers to call them. The agency is turning amateur hobbyists and small business owners into potential outlaws should they ignore the FAA’s demands to “cease and desist” from operating any drone in what its regulators deem to be a “commercial” manner.

Founded in 1958, the FAA’s primary – and extremely important – responsibility is to keep the airspace safe and navigable for aircraft. Indeed, in recent years the FAA has done a commendable job at this important task. However, in the finest of bureaucratic fashions, it always searches for new areas in which it can meddle, and for which – of course – it can justify larger budgets. Its latest target: small drones.

Small UAVs -- those under 55-pounds -- are becoming increasingly popular among hobbyists and small businesses. Rather than embracing this new technology and developing safety regulations that foster innovation while protecting public safety, the FAA apparently has instead decided simply to do whatever it can to stifle development and innovation of this emerging and exciting technology. The regulatory fog thus created has caught amateur drone enthusiasts and small businesses in an untenable situation.

Consider Jayson Hanes who, since 2013, has flown drones as a hobby; capturing stunning views from Tampa and surrounding areas, which he then posts to his popular YouTube channel (his most popular video has nearly 100,000 views). However, without any evidence that Hanes had received one thin dime for his drone videos, the FAA sent him a formal letter accusing him of operating a drone for “commercial purposes,” which would place him in the same regulatory class as commercial jumbo jets.

Hanes’ story is similar to that of Maine drone hobbyist, Steve Girard, who was contacted by the FAA nannies earlier this month and told to take down his website, which sold drone-shot aerial footage. “We just want to do a small business,” Girard told his local news. “We know how to fly it and respect people’s privacy. We do it safely.”

The FAA claims it is looking further into how, and why, both these citizens were contacted, but these are far from the only incidents in which the agency has used scare tactics, such as “cease and desist” letters and legal threats, to force hobbyists and small businesses to stop using drones. Notably, the FAA’s demands are being made without any evidence whatsoever that these “commercial” drones pose any danger to life or property.

As Vice.com technology reporter Jason Koebler noted last year, more than a dozen businesses have received threatening letters from the FAA about their drone use. This bureaucratic harassment is particularly troubling given that the FAA’s supposed ban on “commercial use” of drones is itself legally dubious, and has been virtually unenforceable since it was first concocted in 2007.

Troubling also is the impact of such tactics on the overall development and growth of the drone industry. One UAV industry report released in 2013 estimated that drone integration in the US economy could create more than 70,000 jobs in the first few years, with an economic impact in the tens of billions of dollars. Proposed uses for UAV’s include everything from inspecting farm crops and cattle ranches, to inspecting buildings, bridges and pipelines; all at far lesser cost in dollars and risk to humans.

To be fair, the benefits of UAV use are not completely lost on the FAA. Last month, after more than half a decade of inaction, the agency finally released its proposed rulemaking on the use of small UAVs for commercial use. While the proposed rules constitute an important step forward in providing at least some clarity and notice for current and future private drone users, the underlying desire to control by the FAA remains obvious in its regulatory outline, and presents serious challenges for future economic development and deployment of UAVs.

It is not a question of whether the FAA has a role to play in ensuring that drones are deployed with due regard for public safety; and the agency should in fact be moving more expeditiously in that regard so drone users are properly are on notice as to the legitimate safety regulations with which they must comply. But the FAA should keep its regulatory mitts away from questions of why citizens use drones, especially when constitutional rights such as those protected by the First Amendment are concerned.

The public comment period for the FAA’s proposed rulemaking on small UAVs closes April 24th, so those concerned with this issue must hurry to make their voice heard.