Message to Republicans — Motives Do Matter 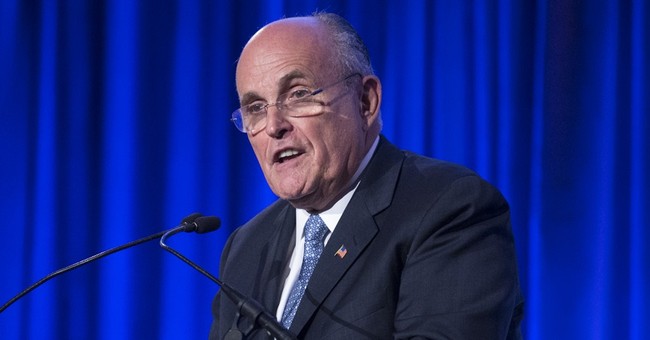 “I didn't intend to question President Obama's motives or the content of his heart,” former New York City Mayor Rudy Giuliani recently wrote in the Wall Street Journal. Giuliana made this startling statement in defense of his earlier observation that Obama does not truly “love America.” Not surprisingly, Giuliani’s criticism had pushed the Left to apoplectic fits. Obama’s defenders rushed to the aid of their Savior-in-Chief; characterizing Giuliani as a washed-up “has-been” taking cheap shots at the man he failed to beat in 2008. Less expected, however, were the droves of Republicans who jumped aboard the “motives-don’t-matter” bandwagon.

While Giuliani’s initial criticism of Obama was not unlike that of other conservatives during the last six years, many Republicans lost no time jumping in front of the cameras to distance themselves from Giuliani and echo his mantra. “I don't think it helps to question the President's patriotism or motives,” said Indiana Gov. Mike Pence. He was joined by other Republican notables, including 2016 presidential hopefuls Rand Paul and Marco Rubio. Jeb Bush observed it was proper to question the President’s “policies” but not why he does what he does.

Like most “outrages” on the Left, the Democrats’ blustering was a time-tested trick to force squeamish Republicans to back down. In fact, the Democrats were using the very tool they have employed so effectively for years – question Republicans’ motives. How many times, for example, have we heard liberal wags claim that any criticism of Obama or Attorney General Eric Holder reflects Republican racial animus; or that opposition to redefining marriage is motivated by “homophobia?” Even GOP efforts to reform welfare is attributed to a mean-spirited hatred of the “poor.” In these and countless other instances, Liberals openly and shamelessly question conservatives’ motives; often in very personal terms.

Motives do matter; so why are so many Republicans so squeamish about admitting this, especially when such criticism is pegged to important matters of national security and other fundamental policy issues? Common sense dictates they should know better. Giuliani, who first rose to national prominence in the 1980s as the hard-charging United States Attorney in New York City, certainly must recall that establishing a motive or knowledge of bad acts is an essential element of a successful prosecution. It’s Criminal Law 101.

In the political arena, inquiring into and understanding why a decision-maker undertakes certain actions as opposed to others -- actions that may affect our entire economy or our nation’s defense -- is a vital first step in developing alternative policies and correcting mistakes.

For example, the refusal by Republicans to subject the President’s motives to public debate is doing exactly what Obama is doing with regard to ISIS -- criticizing the terror organization’s actions without understanding the reasons it commits atrocities. If we do not understand the mind of the enemy, we doom ourselves to flailing around in the dark against an adversary without any real hope of defeating him.

President Ronald Reagan orchestrated the defeat of the Soviet Union not simply by criticizing the self-evident inefficiencies of the Soviet economy, or the deplorable living conditions created by its authoritarian regime. He did so by enunciating the moral depravity at the core of the Communist philosophy, as the “evil empire” it was. Only by understanding and articulating what motivated Communists was Reagan able to outflank them; ultimately sending the USSR to the “ash heap of history,” as he predicted would happen.

As was true in the 1980s, so it is now in this 21st Century. Condemning the unconstitutional actions of the Obama Administration is appropriate and essential (even obvious). But this makes sense only if and when we begin to deconstruct the motivations for such actions in order to truly understand the enemy we face. Otherwise we are just shooting in the dark.

Many of today’s Democrats, reflecting the philosophy underlying this Administration, are no longer motivated solely by the benign desire to help others using the power of government. Instead, Obama and those in his Administration appear clearly to act based on a genuine disdain for and rejection of the American traditions of free markets, private property, and individual rights; principles they see as a moral blight on society rather than as a foundation from which to protect and strengthen our nation.

If the GOP truly hopes to defeat this brand of toxic “progressivism,” it had better learn to defend its positions aggressively, rather than backing down whenever the media or its political adversaries play the “motive” card.