“Minor Errors” at NSA Are Anything But 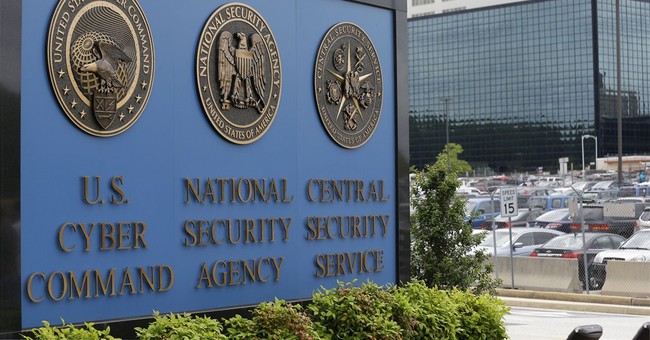 When Lord Acton noted famously in 1887 that, “power tends to corrupt and absolute power corrupts absolutely,” he could hardly have imagined just how powerful the agencies of government would become a century later, and just how apt his warning would be about the dangers of absolute power.

Washington Post writer Barton Gellman reported last week that the National Security Agency violates privacy restrictions on monitoring innocent U.S. citizens thousands of times each year. This data comes not from an outside organization with an axe to grind with the powerful eavesdropping agency headquartered just outside the nation’s capitol in Ft. Meade, Maryland. Rather, the incriminating evidence is found in an internal audit and other classified reports that, as Gellman notes, provide a level of detail and analysis of the NSA’s secret spy programs that is rarely (if ever) provided to Congress, to the courts that supposedly oversee these programs, or to the American people.

Rather than appreciate the seriousness of these privacy lapses, the government considers them to be minor “errors” and attributes them to the fact that its employees at NSA are “only human,” and work in a “complex environment.” The government’s flippant attitude, thus revealed, should concern all Americans; perhaps even more than should the thousands of annual violations confirmed by the report.

For all of the “regulatory regimes” the NSA and its supporters champion as safeguards to civil liberties, and despite President Obama’s vow to open the process to scrutiny, there still is an utter lack of transparency. Even the few Members of Congress made privy to classified NSA program data, are given access under such severe constraints they cannot really conduct in effective oversight. Moreover, it is highly unlikely these members would be effective watch dogs in any event, insofar as members of the House and Senate intelligence committees -- especially the top members from each party -- serve largely because of their strong support for the government’s intelligence functions and agencies.

It is no secret that NSA spends untold billions each year amassing the largest collection of electronic communications data in history, and employs in its work the most sophisticated technology available anywhere in the world. Thus, the Agency’s claim that the massive bulk collection of data is necessary because it lacks sufficient technology, is particularly unconvincing. For example, the NSA claims it is unable to “determine whether a foreign mobile phone has entered the United States.” Given what we know about the level of sophistication behind the government’s ability to track and monitor communication devices, this claim hardly can be made with a straight face.

It is not only the fact that NSA snoops are collecting data on innocent civilians that should concern citizens; it is that so little is known about what data is collected, how long that data is stored, and for what purposes it is eventually used. NSA Administrator General Keith Alexander is a master of parsing words when it comes to answering questions about such data. “We don’t hold data on U.S. citizens,” the four-star general stated categorically before a congressional committee in June 2013. Equally gifted in this game of words are Alexander’s colleagues, who “explained” his statement to make it seem not factually incorrect -- claiming Alexander’s reference to “data” did not cover “metadata.”

Yet, even the little we now know proves such statements to be inaccurate. According to The Post report, the NSA’s own, internal printed materials define “metadata” as being included in this “data.” Hiding violations of U.S. law behind cleverly crafted word-games is unbefitting high government officials, whether civilian or military. One easily is reminded of former President Bill Clinton’s craven effort to avoid responsibility for perjury by claiming, “[i]t all depends on what the meaning of ‘is’ is.”

The effort to deflect real scrutiny of NSA’s domestic eavesdropping programs has touched members of Congress. Mike Rogers (R-Mich.), Chairman of the House Intelligence Committee, is under fire for allegedly holding back crucial intelligence documents from his colleagues ahead of a key vote in 2011 that renewed the PATRIOT Act; records that provided at least some details about the bulk collection of records on U.S. citizens. Such action is little different from what NSA officials apparently do to disguise the truth about America’s secret snooping. NSA “tutorial” materials, for example, describe how the Agency’s employees should deliberately hide details of their work when they deal with FISA Court requirements (minimal as those limitations are).

These most recent revelations illustrate clearly why it is crucial for Congress to challenge executive authority on domestic surveillance; and why it is time to break the inner circle of “Intelligence Illuminati” who undermine congressional oversight. The courts have proven unable, or unwilling, to challenge the legality of spy programs that involve monitoring U.S. citizens. That means Congress is the only hope to finally put a stop to unconstitutional snooping; however, Congress can only be effective by refusing to be hoodwinked by the NSA’s systemic obfuscation, as the first step toward rehabilitation.