The Modern Woodward and Bernstein

Bill Tatro
|
Posted: Oct 22, 2016 12:01 AM
Share   Tweet
The opinions expressed by columnists are their own and do not necessarily represent the views of Townhall.com. 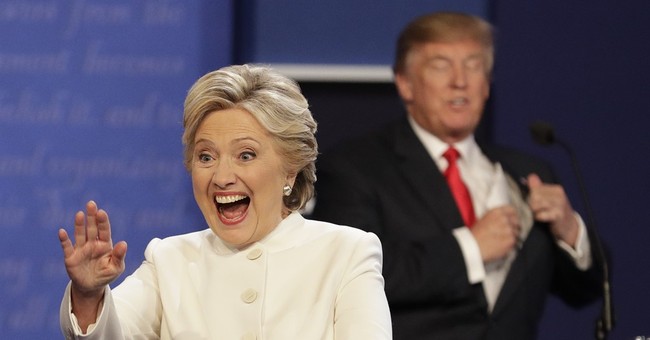 In the early 70’s there was no internet. In those days a reporter had no cell phone. Typing on a computer was decades away. If somehow the letter E got in front of the word Mail it was simply a typo. The tools of the trade for an Investigative Journalist were pencils and paper, a typewriter, a little bribe money and sources inside the Halls of Power. When these tools were mixed with aggressive follow up, perseverance and old fashioned sweat of the brow it often led to the disclosures about war, spying, corruption and the men and women who were involved.

Two men who followed that path were Carl Bernstein and Bob Woodward of The Washington Post. Following the release of their highly acclaimed “All The President’s Men,” which chronicles their reporting on the Watergate break-in, up to and including the highly private NIXON tapes, Gene Roberts, managing editor of the New York Times, called their work “maybe the single greatest reporting effort of all time.”

Were any of their efforts illegal? A case could be made that the disclosure, by Alexander Butterfield in 1973 of the Nixon tapes, was a violation of the President’s personal property rights, possibly.

What is not in question is that the main source for the Pulitzer Prize winning reporting was “Deep Throat.” Thirty years later it was discovered that “Deep Throat” was FBI Associate Director W. Mark Felt. It could be said, with a great degree of confidence, that Director Clarence M. Kelley, who was appointed by Nixon, did not authorize any of the information that was being passed to the reporters. Therefore the revelations were being obtained illegally.

That is, however, not the way it is remembered  “…single greatest reporting…..”, because in investigative journalism the end, which often brings startling revelations, usually justifies the means.

Fast forward to today. Gone are the pens and pencils, the typewriter, the phone booths, to report the latest update, and even sources that point in the right direction. All are replaced by the most sophisticated of cyber technology. What remains still, is the dedication and responsibility to seek out and deliver to the public the truth regardless of where it may lead and regardless how it is achieved.

WikiLeaks’s Julian Assange may emerge as the modern day Woodward and Bernstein. Having been nominated six consecutive years for the Noble Peace Prize and having won numerous awards, it would seem that the WikiLeaks journalists, like their Watergate predecessors, know how to best use the modern day tools.

Donna Brazile, DNC Chairwoman, as expected complained, “Podesta’s emails were stolen.” “You are so interested in talking about stolen material.”

Investigative journalism is fine when it is used against one’s opposition. Unfortunately when that same type of journalism is reversed it becomes illegal, immoral and an invasion of one’s privacy and perhaps even foreign driven. When the shoe is on the other foot it can get very uncomfortable. I am not sure, however, that Nixon ever discussed taking the two reporters out (that’s not to dinner).

If election affecting information is out there and in the cyber world it never goes away, it is the responsibility of all the press, not just the investigative reporters, to find it and reveal it, regardless of the repercussions. That is just as true today as it was in the 70’s. Assange, like Woodward and Bernstein, understands that very well even to the point of the repercussion being the loss of his own life.

“Can’t we just drone this guy?” Hillary Clinton. Democratic Candidate for President of the United States.