Bill Tatro
|
Posted: May 18, 2016 12:01 AM
Share   Tweet
The opinions expressed by columnists are their own and do not necessarily represent the views of Townhall.com. 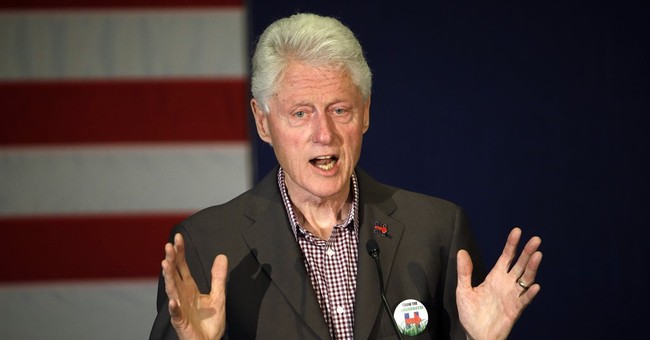 Over the past few weeks I decided to take a small respite from the rigors of journalism. It meant taking my head and sticking it in the proverbial sand. I shunned politics. I avoided the daily blogs, commentaries and even the occasional main stream media. The world’s military and financial struggles I left to others. In short I did a world event cleansing. I must report, however, that I encouraged my wife to notify me if anything of major significance happened to occur.

Day after day I would enquire “Honey, anything?” She would simply shrug and respond “Samo, Samo.”

I started to wonder if there would ever again be something so significant, in my wife’s mind, that would extricate me from my self-imposed journalistic exile. Would Donald Trump break character? Would our military excursion in the Middle East be halted for humanitarian reasons? Would Putin decide to give back Crimea? Would the TSA lines at the airports be somehow shortened?

I knew that things were happening in the world which were of major consequence and dictated my commentaries. I also knew that I had agreed to let my wife be the judge as to what was important. Unfortunately, like most Americans, she has become desensitized by the 24/7 bombardment of news and information, thus each day passed in quiet solitude. Apparently nothing in the world was of any consequence or, more important, out of the ordinary.

The ice was broken when I heard her mutter “hmmm: a job for the first man.” That was my call to action. I took her interest in Hillary’s comments on Bill as my signal to get back in the game. I would have thought it would have been more earth shaking but as someone once said “any port in a storm”.

With that said, I congratulated my wife on her perception at the significance of Hillary’s throwaway lines about Bill. “Bring him out of retirement to create jobs.” “Gotta put people back to work and make it happen.”

The Administration and the Federal Reserve tout the five percent unemployment rate as a significant achievement over the past seven years. Of course, one has to suspend reality when it comes to participation rate, quality of jobs, and declining household income to believe it was a job well done. Here is the potential Democratic standard bearer taking a different position and promising to bring back Slick Willy to become the new jobs czar and make things happen.

The irony is that this is the same William Jefferson who put into place the North American Free Trade Agreement that cost hundreds of thousands of American manufacturing jobs. It is also the same "my guy Bill" who fractured the Glass-Steagall Act--thereby setting the stage for the greatest financial crisis since the great depression and taking house foreclosures and job losses to new heights.

This decision by Hillary to re-activate Bill was indeed news and worthy of a more thorough analysis. Had I not been on a short sabbatical and dependent on my wife’s acumen, I, like many others, may have totally missed this dramatic and significant turn of events.

Sometimes it is good to retreat from the world and give it all a break. The most interesting part is that when you finally do take your head out of the sand you can be faced with some very interesting happenings that before would have just passed you by.