Retail Down, Holiday Sales are Up - Huh? 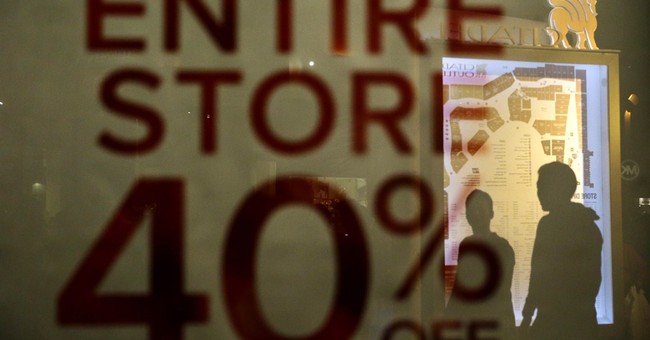 A bit confusing wouldn’t you say? But those were the headlines that greeted me with my morning coffee.

I assumed that the decline imbedded in the first headline was due to a decrease in gasoline sales. While sales volume is probably the same it was just the price that dropped by 40%. I was correct but I was also a bit surprised to learn that miscellaneous store retailers, electronics, appliances, clothing, sporting goods, books, music and department stores all went negative year over year.

Still being confused, by the second headline trumpeted by the National Retail Federation, I decided to dig a bit deeper.

This past Friday the airwaves were aglow with news of all the additional jobs that had been created in December. 252,000 folks went to work as their hourly earnings plunged the most in the last eight years. But a job is a job. Then I learned that the number of waiters, waitresses and bartenders had increased the most since 2012.

It was staring at me all along.

Food service and drinking places up 8/10 of a percent while most everything else was down. Of course!

Joe six pack was not shopping during the Holidays but he certainly was eating and drinking.

The spending pattern of going out, whether you have a job, a house or even any money obviously dominated the

Christmas 2014 gave the mainstream pundits something to shout about as more jobs and more sales all combined for one glorious headline “Recovery on Track”.

Now perhaps we should address the failure of college students to find jobs since the answer is right in front of us like everything else.

Students forget anthropology, psychology, poly sci, even law, just focus on mixing a good drink, delivering a hot meal and developing the annunciation when presenting the infamous statement “Hi, I’m Bob and I’ll be your server for the evening”.

The facts are there according to the National Retail Federation and The Bureau of Labor Statistics. Jobs are burgeoning and sales are roaring as long as you only look at the bar and restaurant trade.