The NFL Takes On the Xbox 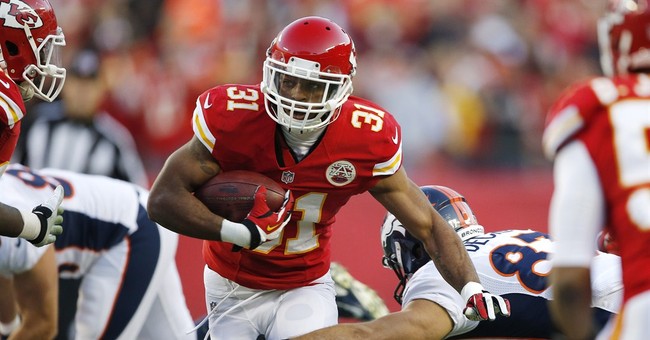 Over this past Thanksgiving Day weekend, the television airwaves were obviously filled with football. It was all a blur, but the last-second touchdown in the Auburn vs. Alabama college football game will definitely be memorialized forever. However, what stood out the most was not what happened on the field, it’s what occurred off the field. In this case, the NFL spent much time promoting their “NFL PLAY 60” campaign, encouraging people to visit their website in an effort to help kids get active for 60 minutes a day. Apparently, someone has taken notice that an overabundance of sedentary children (also adults for that matter) has produced a lethargic, overweight, and unhealthy situation, proving once again that Einstein’s theory regarding the death of humanity through the use of technology was right on the money.

A typical mother in prior decades, from WWII onward, would routinely tell their kids to simply go out and play. It meant going to the ball field for a game of “choose up sides” — with both boys and girls — for baseball or football. If the ball field was unavailable, it necessitated moving the contest to someone’s backyard. Kids would also play “war,” “statues,” “hide-and-go-seek,” “kick the can,” and once in a while an old-fashioned game of “Cowboys and Indians” would be thrown in for good measure. And the total cost to the parents’ pocketbooks for all of this physical activity was $0. Indeed, the running, jumping, wrestling, and laughing never stopped until the kids heard the call that “lunch was on,” or that “dinner was on the table.” In fact, physical play was only interrupted at meal time, and playtime never stopped altogether until the children were tucked safely into their beds at night.

Of course, we have now advanced technologically to the point that actual physical activity is a thing of the past, since kids can sit and play with their PCs, laptops, Xboxes, and probably a dozen other devices that don’t require them to move at all, other than to shift their fingers. At the very least, I guess kids could hound their parents for a Wii, a device that would allow them to simulate skiing, tennis, and boxing, permitting them to burn a few calories. Nevertheless, if a child is told to go outside and play these days, they would more than likely look at their parents and ask, “And do what?” Of course, a sandbox filled with toy trucks and army men, or even a sandbox which contained a pail and shovel, would sit idly by as today’s child would ask, “Where do you plug it in?”

Yes, it’s a good thing the NFL is now involved in order to stimulate both parents and their children to get active for 60 minutes per day.

But my question is simple. If the mighty NFL only has “juice” for one hour, what could possibly encourage kids to be active for a full day?