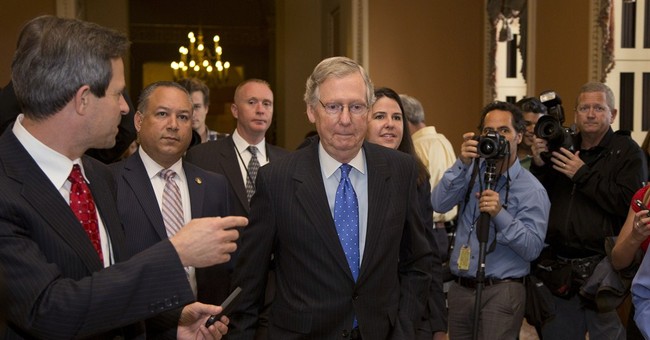 I write this column with a heavy heart as once again our so-called American political leaders have abandoned their principles and responsibilities in favor of their own personal gain. How can such decisions favor these men and women at the country’s expense, you ask? The answer is found in a recent Yahoo! article written by Jon Terbush entitled Marco Rubio’s Incredible Vanishing Act. It seems that Senator Rubio, the rising Tea Party Republican star, first arrived in Washington, D.C. with great tailwinds — a Republican party in disarray seemed to be calling for someone with the credentials of the young Cuban-American. Rubio’s spirit and enthusiasm for immigration reform was only logical. Although I personally disagreed with his position regarding immigration reform, I applauded his courage and conviction. Sometimes you must admire your opponent when they truly stand on their principles. Unfortunately, Senator Rubio’s courage, convictions, and principles melted away under the intense fire of talk show hosts, the Heritage Foundation, and even the Tea Party itself.

With his lofty position as 2016 GOP presidential frontrunner quickly withering away, Rubio and his aids went into protection mode. Thus, a very important decision needed to be made: Marco Rubio had to either tuck away his principles and beliefs to once again be considered the fair-haired child for both Senate reelection and the presidential office, or stand tall on what he believed was right and possibly give up his future in politics. Well, you all know Rubio’s pivotal decision. After all, principles and beliefs can be resurrected after reelection, can’t they?

If the 56 honorable men who signed the Declaration of Independence had the same value system as our current political leaders, I truly wonder if they would have ever signed the Declaration. Without a doubt, Harry Reid, Mitch McConnell, John Boehner, Nancy Pelosi, and of course Barack Obama, certainly espouse the republic’s principles, yet make decision after decision for their own personal gain. What would those 56 men have said, the same men who pledged their lives, their fortunes, and their sacred honor? Signers such as Carter Braxton, Thomas McKean, John Hart, Robert Morris, Phillip Livingston, and Thomas Nelson lost fortunes and died in poverty. They were men of means and education, men who knew that doing right could cost them their lives and the lives of their family members.

How ironic and sad that in this day and age, for our current so-called legislative leaders, including Mr. Rubio, that doing the right thing can only cost them a reelection.