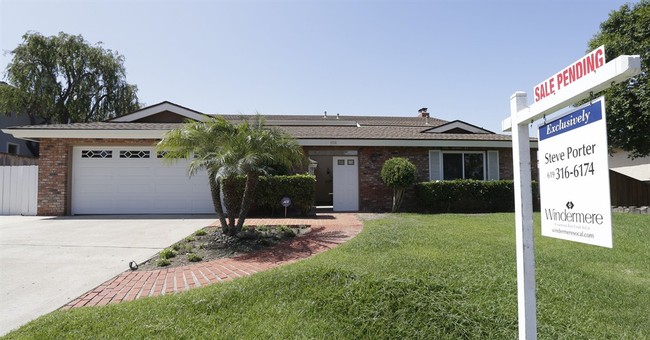 Here we go again.  Having just recently endured a one-hour phone conversation with my friend Steve, a mortgage broker, I’m a little bit confused and somewhat worried.  Since most of the houses sold in the past year have been “all-cash” transactions, combined with the fact that mortgage applications have fallen off the cliff, I asked Steve if that means that the average person is no longer a buyer.  Steve replied, “Define the average person.”  I articulated, “It’s not someone who pays “all-cash” because I know that’s the technique on Wall Street, and I also know it’s a select few because mortgage applications are few and far between.”  Steve then pressed me, “Define average.”  I replied, “In the past, it’s always been a young man with a good job, he has a wife and two kids, and he’s looking for a nice home.”  Steve laughed, “Really Opie, how’s Aunt Bee?”  Taken slightly aback, I said, “Okay, Andy, who’s the new buyer?”  Steve answered with the sound of deep concern in his voice, “Think 2006 all over again.  The NINJA loan, which had been languishing in the auto sales arena, is starting to get life again.  The so-called house ‘flippers’ are back with a vengeance.  And those that walked away with a short-sale are now well rested, they’re alive and well and back in the game.  In other words, it’s déjà vu all over again.”

It would appear to me — with all political rhetoric aside — that the players who benefitted the most from the last housing debacle are definitely back in action.  It’s a notorious group that includes the brokers, the banks, and of course, Wall Street.  This infamous gang is also currently singing the familiar song of “this time, it’s different,” and regrettably, it appears that the general public has once again fallen in love with this very memorable tune.

Steve’s final conclusion was quite simple.  The number of people who are buying at these artificially induced price levels are the same people he dealt with several years ago — they’re a little older and grayer, but still none the wiser.

If Steve is right, and I have no reason to doubt him, then this most recent ever-increasing housing bubble will result in falling rents, Wall Street IPOs, bank inventory dumping, and then homeowners will be subjected to concern, worry, and outright panic.  Oh, wait a minute, isn’t that what’s happening right now?  Yet, after the dust has settled, according to Steve, “Maybe the average guy will emerge and all the others who surrounded him will have fallen by the wayside.”  My response: Yeah, right.

Indeed, for all that to happen, we would need Gomer Pyle to wave his magic wand and shout “Shazam!”