And All for the Want of a Spine

Bill Murchison  |  Jul 19, 2017
The opinions expressed by columnists are their own and do not necessarily represent the views of Townhall.com.
Top Columns
Trending on Townhall Media 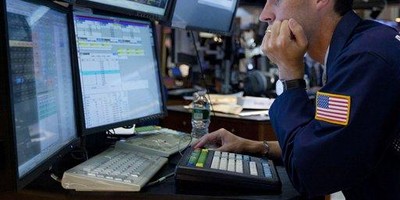 John McCain's blood clot, which caused Republican Senate leadership to suspend formal consideration of their Obamacare replacement, is not, by far, the Grand Old Party's gravest malady. Nothing in the diagnostic manual of political afflictions compares with the near-complete disappearance of the party's backbone.

If it's not one thing causing GOP senators and governors to equivocate on the repeal and replacement of Obamacare, it's something else: Medicaid expansion versus Medicaid contraction; cheaper policies versus costlier policies; eligibility for coverage of pre-existing conditions; contraception coverage; etc.

Meanwhile a united Democratic Senate bloc watches with ill-disguised amusement. This is how you get things done in an age of political acrimony: You just do 'em. Good things, bad things -- it doesn't matter. You do 'em and wait to see what happens. Such was Democratic strategy when Obamacare was enacted -- everything rolled together in a package under Harry Reid's and, especially, Nancy Pelosi's tutelage. Collaboration with the enemy -- Republicans -- was a hanging offense. No Democrat opted for the discipline of Nancy's noose. Obamacare passed without a single Republican vote cast in its favor or one Democratic vote cast against it.

The circumstances of Obamacare's birth indicated both the strength of the opposition to repeal and the necessity of Republican unity in overcoming that opposition. Alas, Democrats have proved to love Obamacare more than Republicans, as a body, detest it.

The likelihood swells daily that the whole repeal-and-replace movement, once instrumental to the Republican political recovery of 2010-2016, is a thing of hot air: an exercise in breast-beating and theoretical thinking.

It becomes obvious, once again, that Republicans and Democrats are two parties -- separate and distinct, with different drive wheels, different motives. They play different games.

Democrats are naturals when it comes to offense; they love to batter down doors and burn down barns to get done those things they have decided for one reason or another need doing, such as the creation of a program of federally subsidized health care.

Republicans, by temperament, play defense; they hold that line -- or fail to hold it -- and then fall back to work out terms that might make the situation a little less disagreeable than it was before. Republicans are never entirely unhappy with half a loaf. They think on how much less than half they could have gotten. The notion of wrestling away the whole loaf and digesting it happily in front of the Democrats inspires comparatively few Republicans. They'd rather strike a deal -- a preference that comes naturally to the business, front-office types who make the party their home.

Here's the problem with that preference. Rather, I should say there are two problems.

The first is short-term. The GOP swore in blood to get rid of Obamacare. It's starting to look as if a number of the oath-takers had their fingers crossed behind their backs. They didn't mean make the blasted thing vanish; they meant get rid of the bad parts and keep the good ones (assuming any can be found). Which isn't what they, or most of them, said. Come election time, they should have interesting explanations to give to customers (i.e., voters) who feel double-crossed. We can henceforth trust the GOP to... do what? Make more promises? With what effects?

The second problem is that Obamacare is correctly understood as a Lamborghini ordered for a McDonald's worker. The country can't afford it; witness the retreat from the insurance marketplace of companies unable to make a profit by selling Obamacare policies. The remedy for which is, as always, more federal borrowing and higher federal taxes to subsidize these unaffordable policies: with the predictable result of helping Democrats whip up demand for a so-called "single-payer" system," with all medical expenses -- all -- paid for by the government.

Toward that gruesome, essentially un-American outcome we will start tilting just as soon as enough backboneless Republicans sabotage the unrecoverable chance to follow through with what they promised: the repeal and replacement of Obamacare.

Of course that was then, and this is now. Right, ladies and gentlemen of the Republican Senate majority? And could you speak a little louder? It's getting hard to hear.