The Triumph of Christmas 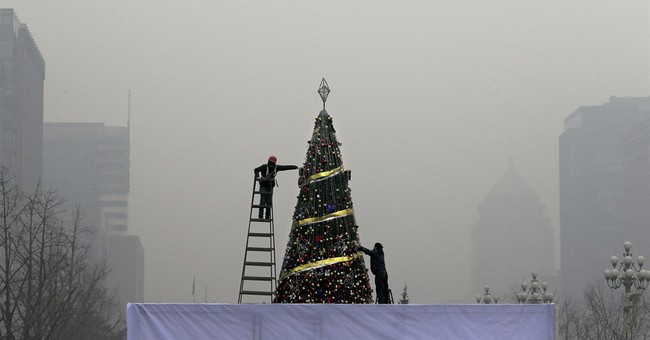 Baylor University's Rodney Stark, a social science professor celebrated for his acute understanding of contemporary religion, says to prophets of religious doom and disappearance: Huh? What are you talking about? Had your morning coffee yet?

Of course, we all know, as does Stark, about the Islamic State and its various bloody works. But isn't Christianity -- the world's biggest faith -- on the downswing?

In a pungent, highly informative new book, "The Triumph of Faith," Stark says that evidence points to "an ongoing religious awakening. Never before have four out of five people on earth claimed to belong to one of the great world faiths.

"People want to know why the universe exists, not that it exists for no reason, and they don't want their lives to be pointless. Only religion provides credible and satisfactory answers to the great existential questions." This is so, no matter how many Ten Commandment signs we may rip from courthouse walls as federal judges beam!

The secularist cause is ever the losing one, you might have noticed. If you have not, that could be due to the media and their obsession with making trouble between secularists (always the vanguard by their own account) and the religious (always withering away).

The modern greeting of "happy holidays" is supposed to take care of Christmas. None of that "Merry Christmas" stuff! Let's keep the season peaceful and above all "diverse," making room for non-believers of all sorts.

The reality, of course, is that Christian theology fills the air at Christmas: "Silent night, holy night" ("holy," meaning "derived from a divine power; sacred"). "Veiled in flesh the Godhead see; hail the Incarnate Deity." "God of God, Light of Light, lo! He abhors not the Virgin's womb."

A great many people persist with the question, year after year: "Why?" Why, indeed? Why this world? Why anything? Why pain and delight? Why the linkage of birth and death?

The politicization of modern life, an event encouraged by the occupants of political posts, hasn't answered much beyond recurring questions such as "how much of my operation will Medicare cover?" An official of the Internal Revenue Service or the Consumer Financial Protection Bureau may think of himself as god-like, but one enduring reality of politics is the evanescence of political arguments.

Those 4 of every 5 people who Rodney Stark identifies as members of a religion seem, by secular standards, morbidly curious. Why don't they just let happen what happens?

Because, evidently, they aren't manufactured to that factory specification, to the dull dogmatism that seems engrained in the secularist mindset and even the mindset of some "mainstream" churches. Within such bodies, as Stark notes, belief in a personal God soon declined (i.e., the kind of God who would oversee the birth of a son in a dingy Middle Eastern stable -- so unfashionable). Radical politics supplanted religion. A recent presiding bishop of the Episcopal Church (that's my denomination) made the Millennium Development Goals of the United Nations a higher priority during her tenure than proclamation of the Gospel.

And so began the comeback, immense and growing, among believers who took with great urgency those questions that the weak and watery ignored. These are questions such as: How came God to bestow on a seemingly forsaken world the gift of His son? Through a virgin, no less! With angels singing and ungroomed shepherds adoring! How came the maker of heaven and earth to do this? And why? Why, not least, on this day, on Christmas Day.