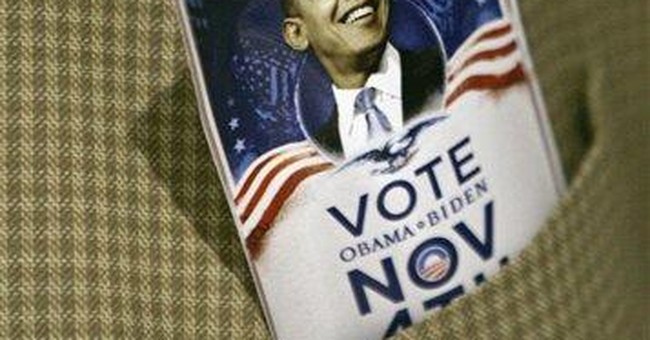 The contentious 2008 Election has finally come to a conclusion. Divisions in America are as pronounced as ever before. Not since Franklin D. Roosevelt of the Great Depression era has a president assumed the office with the nation in worse trouble. Will Barack Obama follow in the footsteps of the Democratic icon and push the country to the left? Are big government and liberal ideals poised for a comeback? The answer is almost certainly “yes”—and like a good old southern saying, “things will be a changing, folks.” “Live and let live” will be the drumbeat of the ruling left.

But chin up, orthodox Christians. We know how our story ends. Our joy is not dependent on happiness or happenings.

And don’t forget there are a few bright spots. The Democrats failed to obtain a filibuster-proof majority in the U. S. Senate while U. S. House Republicans gave up more control to the Democrats. Marriage that is limited to a man and woman carried the day big in Florida as well as California and Arizona.

But in the months ahead the waters for the good ship United States will be filled with rip currents and unexpected dangers just below the waterline. We will be tested in ways unimaginable just a few months ago. How we respond and to what degree we seek the Lord and his principles will determine the future of our beloved land.

The foremost issue on the voters mind was the economy. Barack Obama will forever be thankful for the financial meltdown of our country. It put him in the White House.

We have witnessed unbridled greed and irresponsibility in a runaway housing market that saw its bubble burst. The result in many neighborhoods is a downward spiral in home values. This trend is frightening to many Americans whose only nest egg for retirement is their home. For others with declining values in their IRAs and 401(k)s caused by the dramatic drop in the stock market will postpone or eliminate plans for retirement. It will be an opportunity for those facing uncertainty in their golden years to renew a sincere dependency on the Lord and not on their riches.

Abroad, the war in Iraq will be gearing down and much of our troop force will be withdrawn. But before we celebrate their return we’ll learn that many of those troops will be redeployed to the mountains of Afghanistan to fight the insurgent Taliban and the elusive Bin Laden. That may well be the only area of military emphasis in an Obama presidency as the military budget will more than likely be reduced as a result of the declining economy and a redistribution of defense revenue to accommodate domestic social programs.

Russia will test the United States’ resolve in many ways as she continues to muscle her former satellite states over oil dominance while strengthening their relationship with Iran. And speaking of Iran, Israel will now have a tough military decision to make now that their close relationship with the U.S. will probably experience a thaw. Iran may be close to developing a nuclear weapon. Does Israel go it alone to take out Iran’s nuclear plutonium site and if so, when? Some predict a strike could happen before the presidential inauguration in January.

Will there be a firmer push by Obama’s State Department to force Israel to accept a two-state solution with the Palestinians, possibly including a dividing of Jerusalem? Many will see ominous signs if a forced two-state solution leaves Israel vulnerable while additional conflict escalates in the Middle East.

Vice-President Elect Joseph Biden was correct to point out that the new president will be tested in his early days in office. Barack Obama’s responses to those challenges need only to be preceded by the fervent prayers of a God-fearing remnant.

Freedom of speech will be under attack as House Speaker Nancy Pelosi and Senate Majority Leader Harry Reid will almost certainly try to pass the so-called Fairness Doctrine on America’s radio waves. Obama may opt to implement the restrictions by executive order through the FCC. Think of a day without hearing from your favorite ministry or listening to your favorite talk show host. We’ll need your help in Washington if they move on this issue.

For Christians, thoughts about the sanctity of human life and the real possibility that unborn children will be more at risk in a woman’s womb are most disturbing. The fight for life has never been easy and we must resolve right now not to give up.

The coming changes to our world will not be easy for social conservatives. But be comforted because our Savior is still the Kings of Kings and Lord of Lords. He will never forget us nor forsake us. In fact, I believe the soil may soon be ripe for a new Great Awakening in this country. Man does not have all the answers, Jesus does. Let us be ready to share the true hope that is the basis of our faith. For it is through this present adversity that we can experience our greatest moments of sanctification. Let us accept the challenge to be steadfast in Him and take this opportunity to reach out to a misguided and hurting country.