Why It Could Be Hard to Convict a Man Who Killed His Wife...

This Is What the Chinese Government Doesn't Want You to See Concerning Their...
OPINION

Bill Bunkley  |  Jun 27, 2008
The opinions expressed by columnists are their own and do not necessarily represent the views of Townhall.com.
Top Columns
Trending on Townhall Media

As a social conservative who watched with great interest as the Republican primary process wound down to it’s presumptive nominee, I am dumfounded at the number opportunities missed by the McCain campaign to shore up a significant and essential part of the GOP base. I am supporter of the senator and understand fully how he must convince large numbers of centrist voters to break his way in November. But he cannot win without the base. I’ve seen a disturbing plan (or perhaps the absence of a plan) that has been most clearly evidenced after Gov. Mike Huckabee conceded defeat.

John McCain missed his golden opportunity to shore up the GOP base while Hillary and Obama spent months fighting it out. For weeks on end the McCain campaign could have reached out to the evangelical and church-going GOP faithful. Instead, they chose instead to ignore them. Meeting with key faith leaders and hitting the Christian radio and TV circuit would have been a strategic use of McCain’s schedule. Even as Obama is meeting with key religious leaders, it seems the McCain campaign still doesn’t see the slightest need to do the same.

What’s the explanation?—an overreaction to Rev. Jeremiah Wright and John Hagee? Or do they think that evangelicals have nowhere to go and trust they’ll just show up on Election Day? Tell that to Sen. Obama who believes there’s an opportunity in the waiting among some evangelicals and is going to work it with massive neighborhood meetings.

Let’s take a moment to remind ourselves just how important this segment of his base really represents. In October 2006 Scott Keeter with the independent Pew Research Center wrote about their recent polling:

White evangelical Protestants have become one of the most important parts of the Republican Party’s electoral base, making up over one-third of those who identify with the GOP and vote for its candidates. The party’s political fortunes depend, in large part, on retaining the solid support of the evangelical community. But evangelicals, like other voters, have been affected by the broader wave of voter disillusionment with President Bush and the Republican Party. Evangelicals remain the party’s most supportive group, but at levels significantly diminished from where they were in the 2002 and 2004 elections.

Keeter goes on to report that:

While there has been no significant change in party affiliation this year (2006), there are other signs of evangelical frustration with the party. The number of evangelicals who have a favorable opinion of the GOP stood at 74 percent in the aftermath of the 2004 election. But it dropped to 54 percent last fall in the aftermath of Hurricane Katrina, before recovering to 63 percent earlier in 2006. By July of this year, however, it had declined to 54 percent, as the party’s image with the public overall dimmed to 40 percent favorable.

And guess what? Much of that sentiment has not changed and some indicators point to further slippage.

But even with the facts established—supporting the notion that evangelicals are a necessary if not sufficient component of success—many northeast and establishment Republicans don’t fully appreciate the importance of social conservatives.

The road to the White House for this party still includes evangelicals and its route still runs through the Deep South, as well as the major battleground states of Ohio, Michigan, Pennsylvania, Florida, California, Colorado and Minnesota. Men and women of faith have been major players in all these states—and they’ve been some of the most dependable grassroots foot soldiers. They need to be rallied.

The missteps are starting to add up.

Mike Huckabee should have been offered a more visible presence with the campaign, especially since he was always very generous with his comments toward McCain during the primary. Just as Governor Giuliani is now point man for the campaign on Homeland Security issues, and Gov. Crist of Florida is a moderate presence never far from a McCain photo op, Mike Huckabee should have been somewhere in the mix, maybe as McCain’s point person to social conservatives.

Most recently, the campaign chose not to respond to invitations by Pat Robertson to appear on his “700 Club”. Obama accepted and had two days of nationwide media coverage directly into the homes of hundreds of thousands of religious conservatives.

In Indianapolis just a few weeks ago, The Southern Baptist Convention—the second largest denomination in America—had their annual convention and Senator McCain chose not to address that gathering either.

At this point I attribute the blame to senior staff and not the senator. But at some point the burden of responsibility will shift to the candidate himself.

Missed opportunities are adding up. Clearly it’s time for some immediate changes. I believe Senator McCain can and should be a leader of all the people (including evangelicals). The Democratic machine and mainstream media will continue to press Obama’s advantage by applying pressure on McCain to distance himself from evangelicals. But, if McCain wants to win in November, it’s time he personally evaluate the decisions of his staffers and begin to push back the left on the faith issue and spend a little time energizing the GOP’s best grassroots army.

In the end, the base does have a choice. On November 4, they can elect to stay home. 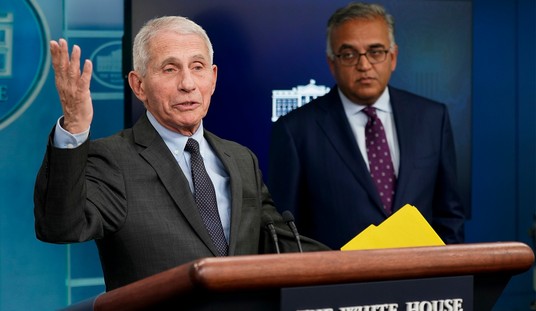