Betsy McCaughey
|
Posted: Aug 19, 2020 12:01 AM
Share   Tweet
The opinions expressed by columnists are their own and do not necessarily represent the views of Townhall.com. 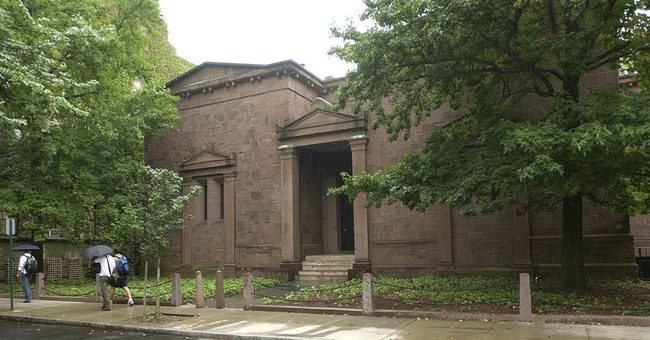 The outcome of November's election will likely determine the role of racial preferences in the college admissions process. Voters have a clear choice. The Trump administration wants an applicant's grades and achievements to matter most. The Obama-Biden administration had urged colleges to tilt the scale in favor of minority applicants. Now Joe Biden is doubling down on that position by selecting Kamala Harris as his running mate. Harris has persistently advocated for giving Black and Latino college applicants favored treatment.

In California, racial preferences literally will appear on the ballot in November. Voters will be asked whether or not they want to repeal a part of the state's constitution that bans discrimination in public college admissions and bans hiring based on race, sex, color, ethnicity or national origin. Harris supports the repeal and instead legalizing discrimination and making it possible for the University of California to favor Black and Latino applicants over white and Asian applicants.

As California attorney general, she urged the U.S. Supreme Court to uphold racial preferences at the University of Texas and at public colleges in Michigan.

On the other hand, Donald Trump is battling to overturn racial preferences in college admissions everywhere.

On Thursday, Trump's Department of Justice gave Yale University two weeks to abandon its preferential scheme or face a federal lawsuit. DOJ found that Yale's admissions process resembles a quota system. Asian American and white students have one-tenth to one-fourth the chance of being admitted as African American applicants with similar academic credentials, according to DOJ.

The Trump administration is also battling Harvard's race-conscious admissions process. Harvard prevailed in a lower court, but an appeal is pending. If Trump wins reelection, count on this issue reaching the Supreme Court, where a 5-4 victory against racial preferences is likely.

On the other hand, Biden sees nothing wrong with discrimination. He's even promised to limit his first Supreme Court pick to black women only. If the Biden-Harris ticket wins, expect lawsuits against colleges to stop and widespread use of race preferences to thrive.

That would be a shame. College admissions can be a tool to give disadvantaged youngsters a leg up. But race is an imperfect proxy. It sometimes winds up helping the African American child of a college professor or business executive over a white kid from Appalachia or an Asian student at Bronx High School of Science whose parents are factory workers.

Racial preferences split us instead of uniting us. Trump's DOJ told Yale, "There is no such thing as a nice form of race discrimination." It "fosters stereotypes, bitterness and division." Ask any high school senior who's worked tirelessly to get into a college only to be rejected while less accomplished minority classmates get in.

Despite the moral complexity of the issue, if you dare question it, the thought police will come after you. When University of Pittsburgh cardiologist Dr. Norman Wang argued in the Journal of the American Heart Association that medical school applicants should be assessed based on their individual merits, "not their racial or ethnic identities," he was made to pay big time. The University stripped him of his administrative position, while his academic colleagues cowered in silence.

The good news is you can oppose racial preferences without risking the same fate as Dr. Wang. All you have to do is vote. And the best thing about voting is that it's secret. A vote for Biden-Harris will perpetuate racial preferences on campus. A vote for Trump will help restore the vision of a nation committed to colorblind justice, where individuals are judged by their achievements, not their skin color. The decision is up to you.

Betsy McCaughey a former lieutenant governor of New York and author of "The Next Pandemic," available at Amazon.com. Contact her at betsy@betsymccaughey.com.