Last Chance to Get Rid of Obamacare

Betsy McCaughey
|
Posted: Nov 02, 2016 12:01 AM
Share   Tweet
The opinions expressed by columnists are their own and do not necessarily represent the views of Townhall.com. 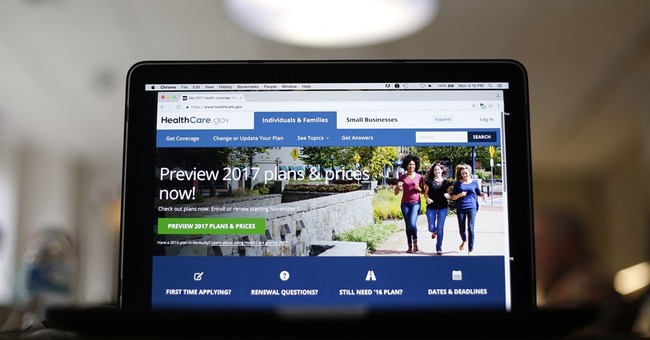 This election is a referendum on the Affordable Care Act. Almost everyone in America is affected, and it's harming millions more people than it's helping. Donald Trump is promising to "repeal and replace the disaster known as Obamacare." Hillary Clinton defends it and wants to "build on it."

"Disaster" sums up the skyrocketing premiums and lack of choice facing many of the 11 million people enrolled in the exchange plans. The plans are unaffordable, unless you're a low earner getting a free ride.

Obamacare enrollees aren't the only people being clobbered. If you get insured at work -- as 155 million people do -- your deductibles are up a staggering 49 percent since 2011 thanks to Obamacare. Part-timers are working fewer hours, so employers can avoid Obamacare's employer mandate. Taxpayers are on the hook for some 50 new taxes. Seniors get hit the hardest. Over half of Obamacare's costs are paid for by cutting Medicare, resulting in stingy care for seniors.

Here's how Obamacare affects you:

Insured through work? The law forces employers to provide a one-size-fits-all benefit package costing much more than pre-Obamacare coverage. The law also imposes a slew of new taxes. No surprise, employers are offsetting these costs by raising deductibles and reducing family coverage. In 2017, many companies will eliminate insurance for spouses.

Working part-time? Hundreds of thousands of workers have had their hours cut because Obamacare requires employers to cover "full-time" employees, meaning those working 30 hours a week or more. Ironically, colleges, where Democrats outnumber Republicans, are major culprits, slashing hours for adjuncts and student workers to evade providing insurance.

Job hunting? Obamacare dampens the job market. In New York state, 17 percent of service companies and 21 percent of manufacturers are reducing their workforces to stay below 50 full-time workers and dodge the employer mandate, according to the New York Federal Reserve.

Sixty-five or over? Obamacare awards bonus points to hospitals that spend the least per senior. Researchers found that at 231 hospitals getting bonuses for low spending, seniors died needlessly because of inadequate care. For example, seniors having heart attacks were forced to wait too long for angioplasties.

Obamacare emergency room rules slap seniors with bills for "observation care." You're in the hospital, but you're not officially "admitted." It's a cost-cutting gimmick. When it's time to go home, Medicare doesn't pay and you're stuck with a huge tab.

A physician? Thank Obamacare for the thousands of pages of new regulations dictating how you treat your Medicare patients. Precious minutes that could be spent talking to a patient are wasted filling out tedious, repetitive government forms. Physicians are glued to computer screens, following prompts, instead of making eye contact with their patients and listening to them.

Refusnik? If you're uninsured and refuse to buy Obamacare, the average penalty is $995 per adult, $500 per child. Ouch.

Clinton promises voters to make Obamacare better. With billions of dollars of extra spending. But she's not going to remove the mandates causing people to lose work hours or their jobs. As for the regulations suffocating doctors, count on Clinton to pile on more.

Worst of all, Hillary Clinton wants to expand Medicare to people in their 50s. Seniors are already having a hard time finding a doctor to treat them for Medicare's low rates. Adding millions of 50-somethings trying to see the same doctors will make it impossible to get an appointment.

Trump knows Obamacare has to be junked. His plan eliminates the unaffordable mandates and penalties. Consumers will choose from wide variety of plans, sold across state lines, with special help for people with pre-existing conditions. Donald Trump gives states flexibility to improve Medicaid for the poor. His plan resembles what House Republicans are pushing, which means it might actually get passed. On Nov. 8, voters have the chance to rid this nation of Obamacare. They should seize it.