American Christians: Recognize the Truth About Iran Is America’s Shame 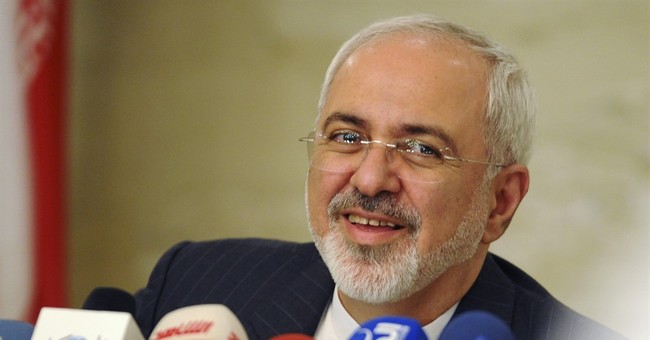 Discussions related to treaty negotiations with Iran, about which Congress knows little to nothing, and deems less important than their month-long break, have not appeared out of thin air.

Iran (the modern name for Persia) has always been strategically located. For thousands of years empires have fought over its rich natural resources and access to major bodies of water, from the Persian, Greek, Roman, Byzantine, and Ottoman Empires, before being partitioned after World War I.

Iran is rich in biblical history. Persians are direct descendants of Noah. Its rulers helped repatriate Jews to Israel, providing them with financial, military, legal, and material aid. Persian Jews were among the first Christians.

Sadly, however, since 1953, American foreign policy has all but destroyed remnants of ancient civilizations, much of which preserved Jewish and Christian heritage. American foreign policy, beginning under President Eisenhower, directly caused decades of suffering, needless bloodshed, torture of a once free people, intense persecution of Christians, excessive violations of human rights, and what is now an entire region’s hatred towards America. For decades Iran’s leaders have called America, “The Great Satan.”

The United States government, and by de facto, Americans, are responsible for decades of bloodshed in Iran. In 1953 the Dulles brothers, who led the CIA and the U.S. State Department, organized an illegal coup to overthrow Iran’s democratically elected government—against the will of its people. In 1951 Iranians had elected Dr. Mohammad Mossadegh as their Prime Minister who was making strides to modernize Iran and nationalize its vast natural resources, which the British had been monopolizing and exploiting.

The U.S. government, largely for British interests, overthrew Iran’s government and continued to intervene in its socio-economic affairs. As a result, Iranians were denied access to be able to earn a living or live peacefully without fear, torture, or threats of war.

Previous to the Dulles brothers’ actions, a brutal totalitarian regime did not exist in Iran.

The Dulles brothers replaced Iran’s democratic government with an Islamic dictatorship under Mohammad-Reza Shah, whom the U.S. deemed a Cold War ally. The Shah terrorized Iranians for 25 years—using a ruthless secret police, known as SAVAK (equal to, if not worse than, the Nazi Geheime Schutzstaffel Gestapo/SS and Soviet secret police NKVD Troika), which the CIA created.

Eisenhower’s “Atoms for Peace” program represented “peace” in name only—as his administration-led SAVAK wreaked havoc on Iranians, who as a result, still cannot pray peacefully in their own homes.

Under President Gerald Ford, construction of two-dozen nuclear energy power plants solidified America’s commitment to providing financial and material resources to Iran’s nuclear program. This policy changed, however, in 1979, after Iranians unsuccessfully attempted to overthrow the Shah and reinstate their former democratic government.

At issue today is what has always been at issue for thousands of years: nutrient rich Iran, bordered by two major bodies of water, is sought after by world powers. However, since the mid-600s struggle for political control of Iran, and the entire region’s resources, has been predominantly influenced by Islam and infighting between Sunni and Shiite Muslims.

After centuries of war, Iran is now governed by Islamic rule under Shari’a law. Under Shari’a no freedoms or rights exist for women and girls, Christians and non-Muslims, or secular ideas and behavior in conflict with Shari’a.

For example, in Iran, public dancing and singing is forbidden. The Independent reported that recently seven men and women were “given suspended sentences of prison time and 91 lashes after posting their home made ‘Happy in Tehran’ music video on YouTube.” It was illegal for them to sing and dance to a song about being happy.

In Iran, it is mostly illegal for women to work, with limited exceptions of “women only” jobs. It is the law that most women be unemployed.

In Iran, women are banned from sports stadiums. They cannot legally attend or watch a soccer game in a public arena.

In Iran, women are publicly monitored according to a strict hijab dress code. Basij militia police regularly patrol and legally target women in public, harassing, fining, beating, and arresting them—because they do not like how they are dressed.

Currently, extra-judicial enforcement of the hijab includes what human rights activists call “Vigilante Violence,” or acid attacks. Numerous incidents have been reported of unidentified men “flinging acid into the faces of women with whom they had no history of personal grudges.” Assailants claim they were defending hijab.

For Christians and non-Muslims, ability to live freely is equally dire.

International newspapers reported that last month 18 Christians were sentenced to 24 years in prison for praying and worshiping in their own homes behind closed windows and doors. Likewise, a judge ordered that a man’s lips be burned for breaking Ramadan rules.

To date, no aspect of U.S. “negotiations” with Iran includes any requirement related to Iran’s long list of human rights abuses.

Imagine how different Iran and its surrounding region would be if the CIA had not overthrown Iran’s government in 1953. Instead, one of the most ancient civilizations, rich in biblical history, is now one of the most oppressive dictatorships and abusers of human rights in the world.

Despite America’s disastrous foreign policy and an impotent Congress, American Christians can offer tangible support for Iranians. In fact, they—we—have a responsibility to help them. Americans can participate with several noteworthy organizations, some of which include:

And American Christians can learn more about their biblical heritage tied to Iran, persecution of Christians, and Iran’s people.

DCCC Torched Over Tweet Claiming Republicans Are the Ones 'Interfering in Your Private Medical Decisions'
Rebecca Downs
Pennsylvania School Board Member to Parents: 'I Don't Work for You'
Landon Mion
Joe Biden on 2022 Midterms: 'We Have to Expand Our Majorities,' GOP is 'Completely Controlled' By Trump
Rebecca Downs
Australia Radically Changes COVID Policy As Omicron Sweeps Through Nation
Matt Vespa
Russian Government Reportedly Attempting to Install Pro-Russian Leader in Ukraine
Rebecca Downs
This Sloppy Pro-Biden 'Brandon' Ad is So Bad, It's Hard to Tell Who It's Supporting
Rebecca Downs