The Media Will Help Trump Win in 2020 ... and Other Delusions

Bernard Goldberg
|
Posted: Jan 09, 2018 12:01 AM
Share   Tweet
The opinions expressed by columnists are their own and do not necessarily represent the views of Townhall.com. 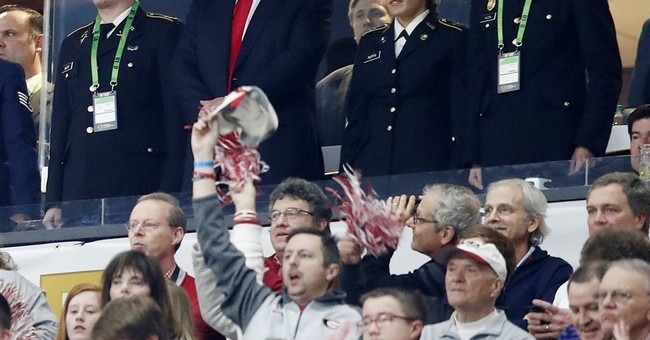 Even journalists who are openly hostile to Donald Trump have a symbiotic relationship with him. He may detest them, and they may despise him, but in a perverse way, they need each other.

While reporters may abhor his demeanor, while they may think he's a liar and hate his narcissism, while they may even be convinced he's mentally unstable, there's something else they know, even if they won't say it out loud: He's made more than a few of them, who couldn't be picked out of a lineup before he became president, semi-famous thanks to his attacks on them and their attacks on him. It's a fact: Donald Trump is good for business.

Bashing the president has spiked the ratings for CNN and MSNBC. And Fox is still king of the cable hill, the place to go for Trump-loving Americans who believe just about everything the president says, especially his tweets about "fake news" and "dishonest" journalists.

It's not exactly breaking news that he craves publicity. He may occupy the Oval Office, but he still thinks like the reality TV star he used to be. He still worships at the altar of ratings, even if his are pretty crummy.

So, in his last interview of 2017, the president told The New York Times that he's not only going to win re-election in 2020, but that the media that loathe him -- wait for it! -- will push him across the finish line.

How's that supposed to happen? Again we return to ratings. The media, he figures, love their ratings more than they hate him and, in crunchtime, will act in their own best interests.

Here's how he explained it to the Times:

"We're going to win another four years for a lot of reasons, most importantly because our country is starting to do well again and we're being respected again," the president told the Times. "But another reason that I'm going to win another four years is because newspapers, television, all forms of media will tank if I'm not there because without me, their ratings are going down the tubes."

I don't get to say this often, but he's right. When he leaves the stage, when the Trump show shuts down, ratings will indeed head south. Love him or hate him, he's never dull. And the worst sin a public person can commit here in the United States of Entertainment is to be boring. Whatever else he is, that he ain't.

"Without me, the New York Times will indeed be not the failing New York Times, but the failed New York Times," the president told the reporter from the Times. "So, they basically have to let me win. And eventually, probably six months before the election, they'll be loving me because they're saying, 'Please, please, don't lose Donald Trump.' OK."

There may be some people in the business end of big media, people whose jobs depend on a healthy bottom line, who might secretly be hoping he stays in office for a second term. But the president is dead wrong if he thinks the journalists who cover him, and the editorial writers and columnists who try daily to obliterate him, will get on board the Trump bandwagon.

Here's something you can count on: The Trump acolytes will never abandon him. The more media bashing the better as far as they're concerned. And the Trump nemeses will never support him. Never!

So despite what the president thinks, antagonistic reporters will never "be loving" him and they will never say, 'Please, please, don't lose Donald Trump'" -- because while ratings and circulation and clicks and the money they bring in matter, to the journalists who detest him and think he's unfit for office, ideology matters more.