Safety Lies Only in Surrender ... or Resistance

Ben Shapiro
|
Posted: Jul 15, 2020 12:01 AM
Share   Tweet
The opinions expressed by columnists are their own and do not necessarily represent the views of Townhall.com. 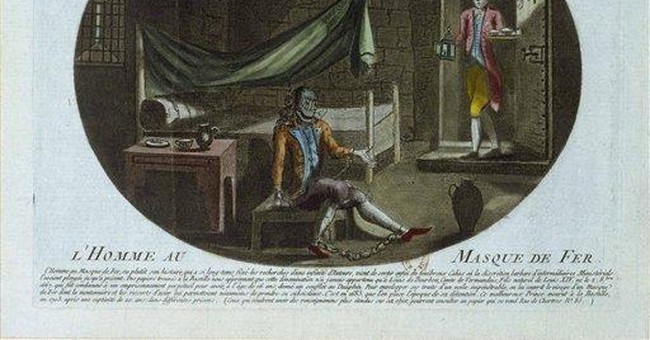 This week, gadfly New York Times columnist Bari Weiss resigned her position at the so-called newspaper of record. She did so after years of fielding slings and arrows from her own colleagues and editors, who treated her as an ultra-conservative enemy -- this, despite the fact that her perspective on the world is an eclectic mix of social progressivism, skepticism toward regulation and foreign policy hawkishness. (Personal disclosure: I, along with many people right, left and center, consider Bari a friend.) The pressure on Weiss from within the newspaper had reached extraordinary proportions: excerpts of staff Slack chats revealed colleagues openly discussing why Weiss ought to lose her job, maligning her as a bigot and suggesting publicly that she is a liar.

So Weiss quit, and she burned the bridge behind her.

"The lessons that ought to have followed the election -- lessons about the importance of understanding other Americans, the necessity of resisting tribalism and the centrality of the free exchange of ideas to a democratic society -- have not been learned," Weiss wrote in her resignation letter. "Instead, a new consensus has emerged in the press, but perhaps especially at this paper: that truth isn't a process of collective discovery, but an orthodoxy already known to an enlightened few whose job is to inform everyone else."

This is the nature of the game: mirror the perspectives of de facto Times editor Nikole Hannah-Jones and her woke colleagues, or find yourself ostracized, publicly shamed and pressured to leave. And the actual editors of the Times have caved to this nonsense time and again.

As Weiss raged, "If a person's ideology is in keeping with the new orthodoxy, they and their work remain unscrutinized. Everyone else lives in fear of the digital thunderdome."

Weiss is hardly the exception inside the bastions of leftist groupthink. At Vox.com, co-founder Matthew Yglesias was shamed into silence for suggesting -- sin of sins! -- that cancel culture is wrong. His co-founder, Ezra Klein, subtweeted Yglesias, even as Yglesias remained quiet.

At Princeton University, professor Joshua Katz wrote an open letter decrying demands from fellow Princeton faculty that the university engage in open racial discrimination in favor of minorities. He was quickly labeled a threat to decency, with fellow professor Eddie Glaude complaining, "Professor Katz, at times in this letter, seems to not regard people like me as essential features, or persons, of Princeton."

In fact, there is only one way to avoid the blacklist: to surrender, utterly and completely. Any sign of remaining dissent must be purged. Bow before Zod, or pay the price. Thus, Ben Howe (again -- personal disclosure -- a friend), an anti-Trump Republican who edited videos for the pro-Joe Biden Lincoln Project, found himself fired from the project for two- and four-year-old tweets. Thus, Gary Garrels, senior curator of painting and sculpture at the San Francisco Museum of Modern Art, was forced to resign his position after he insisted that the museum continue to acquire the odd piece from white artists. The mildest sign of unwillingness to become an "ally" in the Great Culture Purge of 2020 ends with your neck in the guillotine.

Have we finally reached the glorious age in which Absolute Truth is known with such fulsome certainty that our cultural betters should be trusted to wish dissenters away into the cornfield? Of course not. We're just watching the latest cultural revolution in real-time. Which leaves those who wish to not be purged with two simple choices: stand up together against this round of Maoist purification, or hang separately.

Ben Shapiro, 36, is a graduate of UCLA and Harvard Law School, host of "The Ben Shapiro Show" and editor-in-chief of DailyWire.com. He is the author of the No. 1 New York Times bestseller "The Right Side of History." He lives with his wife and three children in Los Angeles. To find out more about Ben Shapiro and read features by other Creators Syndicate writers and cartoonists, visit the Creators Syndicate website at www.creators.com.