The Problem of 'Anti-Racism'

Ben Shapiro
|
Posted: Jul 01, 2020 12:01 AM
Share   Tweet
The opinions expressed by columnists are their own and do not necessarily represent the views of Townhall.com. 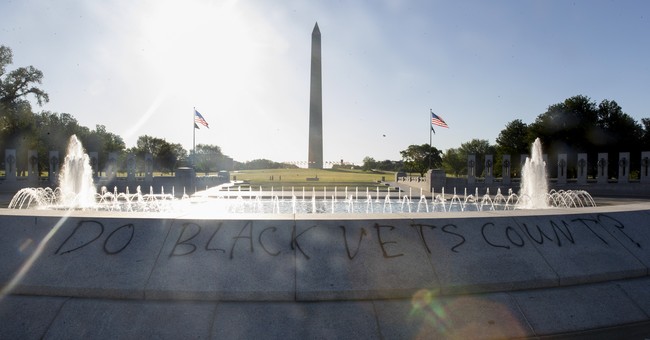 Today, the nostrum goes, it is not enough for Americans to be not racist. They must be "anti-racist." This woke terminology has infused our lexicon. Sen. Elizabeth Warren (D-Mass.), recently declared from the well of the Senate: "Being race-conscious is not enough. It never was. We must be anti-racists." What, pray tell, is the difference between being against racism and being anti-racist? Ibram X. Kendi, author of "How to Be An Antiracist," provides an answer: Racism is no longer to be defined as the belief that someone is inferior based on race. Instead, racism is to be defined as the belief that any group differences can be attributed to anything other than racism. Thus, any system that ends with different outcomes must be racist. Indeed, Kendi contends, "Racism itself is institutional, structural, and systemic."

To be anti-racist means to tear down these systems. Any obstacle in the pursuit of equality of outcome must be torn down, assumed to be a product of discrimination. Basic decency, then, means that we must oppose even institutions that have been considered hallmarks of freedom. Those institutions, after all, have exacerbated inequalities, or at least failed to rectify those inequalities.

This means that America's culture of rights -- a culture that suggests an obligation on the part of individuals to respect the rights of others, even if they disagree -- must come under fire. That culture reinforces hierarchies and inequalities, after all. The classical liberal says that rights fall equally on the just and the unjust alike; the anti-racist suggests that rights are merely tools of power. Anti-racism, in its essence, is merely reworked neo-Marxism from the 1960s: Herbert Marcuse would have been ecstatic to see his concept of "repressive tolerance" -- "intolerance against movements from the Right and toleration of movements from the Left" -- revived under the banner of race rather than class.

The self-proclaimed "anti-racist" left -- a left that sees all of human relations reduced to a rudimentary correlation of skin color and inequality, an analysis we used to call racist -- has decided that the culture must be cleansed of all of those who will not be drafted into its woke army. Its march through the institutions began with college campuses, where cowardly administrators quickly caved to the bizarre notion that campuses were unsafe, cruel bastions of bigotry requiring speech codes and training in microaggressions. Next, the woke army moved on to the halls of institutional media, where editors were forced to announce their own white privileges along with their resignations, turning over the instruments of informational dissemination to radical racialists.

Now the woke army has targeted corporations. Corporations are, by nature, risk-averse; they seek merely profit and lack of controversy. The hard left has targeted them as the weakest link in the chain of free speech: If corporations can be bullied into pulling their money from social media networks, those social media networks can be bullied into restricting their free-speech cultures. Remove advertising bucks from Instagram and watch as Instagram censors those the woke want censored.

Indeed, such a campaign is now front and center in the culture wars: Major corporations from Coca-Cola to Target have stopped advertising on social media networks, citing the need for more "hate speech" regulation on those platforms. Obviously, those who target corporations will not be satisfied until all non-woke speech is limited or banned; corporations will be unpleasantly surprised when those they have been seeking to appease turn on them as remnants of the evil system. But corporations have neither the principle nor the will to deny the demands of the loudest and the most militant.

The product of the woke crusade will not be a less racist America but a more polarized one. That's because the woke crusade is not truly about reducing racism; it is about attacking fundamental institutions, American history and our very culture of rights. All the things we share must be eviscerated. So we will share nothing. And then the true ugliness begins.

Ben Shapiro, 36, is a graduate of UCLA and Harvard Law School, host of "The Ben Shapiro Show" and editor-in-chief of DailyWire.com. He is the author of the No. 1 New York Times bestseller "The Right Side of History." He lives with his wife and three children in Los Angeles. To find out more about Ben Shapiro and read features by other Creators Syndicate writers and cartoonists, visit the Creators Syndicate website at www.creators.com.