On the Super Bowl and the Social Fabric

Ben Shapiro
|
Posted: Feb 07, 2018 12:01 AM
Share   Tweet
The opinions expressed by columnists are their own and do not necessarily represent the views of Townhall.com. 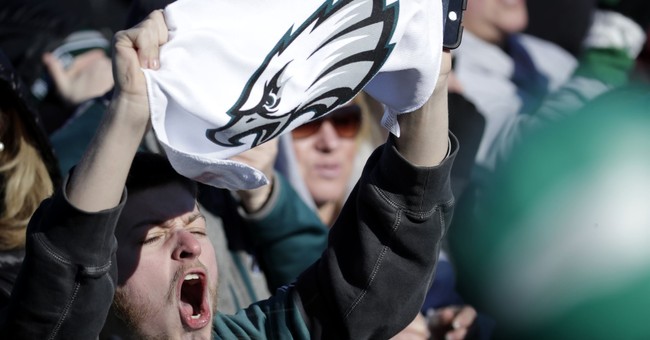 On Sunday, I attended the Super Bowl, along with my father, my business partner and the president of our company. It was an amazing event. That wasn't just because the game was terrific -- although it was. It was because for all the competitive fire, for all the passion and excitement, one feeling permeated the stadium in the freezing wilds of Minnesota: love.

The people in the stadium may have hated the other team, but they didn't hate one another. Patriots fans sat next to Eagles fans, and everybody got along; we all shouted ourselves hoarse when the NFL honored Medal of Honor winners, and we all stood for the national anthem. After the game, when we poured out into the arctic temperatures, barely able to move because of the throng, nobody was pushing or shoving or getting violent. Instead, people joked and laughed. After all, what was there to be truly angry about? We'd just witnessed an awesome spectacle, been party to a shared communal experience. Eagles fans mocked Pats fans; Pats fans good-naturedly shrugged it off. It may sound like a cliche, but the Super Bowl -- in the stadium, at least -- was just a giant party filled with Americans who loved being in America celebrating a great American cultural celebration.

Unfortunately, such experiences are becoming rarer and rarer.

I love technology; I love choice. I cut cable years ago. Then I hooked up cable again for sports and then cut it again. My entertainment choices are personalized. So are my music choices. I can download podcasts at will. I watch movies with my wife -- it takes a Big Event Movie to get me to a theater. I choose whom to follow on Facebook and Twitter. All of that is fantastic -- better stuff, faster, catered to my tastes! But there's a drawback: We don't have the same common cultural ground anymore, as our tastes fragment and we can pursue them more individually.

My main communal connection comes through my synagogue, but church and synagogue attendance has been dropping precipitously for years. People aren't joining sports leagues or community organizations. We're fragmenting on nearly every level. There's a problem with that: As the social fabric atomizes, we spend less time with one another. We're less likely to see one another as friends and neighbors, and more likely to see one another as bundles of positions and views we don't share. And that makes it particularly easy for us to dismiss one another as motivated by nefarious feelings, as opposed to merely being in disagreement.

Arthur Brooks of the American Enterprise Institute is fond of citing a 1934 study about discrimination against Chinese-Americans. The study followed a Chinese couple as they visited hotels and restaurants across the country. They were denied service a grand total of one time. Then, study author Richard LaPiere sent questionnaires to the various establishments asking whether they'd serve a Chinese couple. All but one that responded said no.

The lesson, as Brooks notes: "People are more hostile to others in the abstract than when they meet them in person." That means we need more communal events -- and that means we have to go out of our way to engage with others. We need more shared cultural experiences. That would be a good start toward rebuilding our perceptions of one another.