How the Clintons Made Donald Trump

Ben Shapiro
|
Posted: Mar 30, 2016 12:01 AM
Share   Tweet
The opinions expressed by columnists are their own and do not necessarily represent the views of Townhall.com. 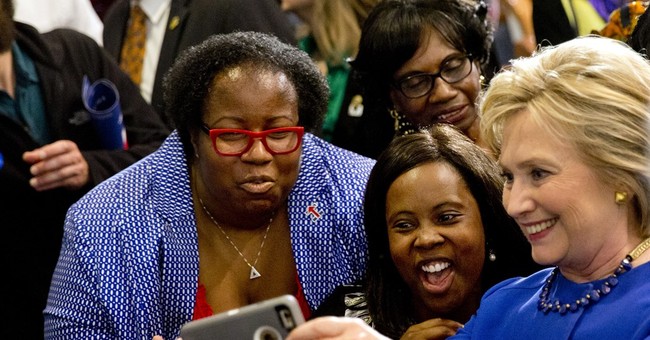 Trending
Donald Trump is a boor. He's a vulgarian, a liar, an ignoramus. He has only the most cursory grasp of policy, a stentorian voice and a great big set of self-assurance. He's winning the Republican nomination.

It is partly because of the Clintons.

While the media point and laugh at the Trump reality show carnival, they forget that the Clintons originally took us all to the circus. This week, we found out that Hillary Clinton's email scandal now occupies the attention of 147 FBI agents, and that she will be questioned by the FBI. We found out that her pig husband allegedly snorted cocaine off the table of one of his former lovers in 1983, as well as gallivanted around her place wearing her nightie while playing the saxophone. And the indispensable Judicial Watch released information that the Obama administration is withholding draft indictments of Hillary Clinton, including an indictment over the Whitewater case during her husband's first term in office.

Nobody bat an eye.

This is the world to which Americans have become accustomed. We've been immunized to scandal. It's difficult to come up with a scandal that could damage Trump. Caught in bed with two hookers? That's just because he's got such lovely hands. Caught beating a dog with a tire iron? The man has passion. Trump is the apex of black socks politics. As the old children's rhyme goes: "Black socks, they never get dirty,/ the longer you wear them, the blacker they get."

We all embraced black socks politics thanks to the Clintons.

The Clintons dragged the office of the presidency through the muck. Now, they're trying to rehabilitate themselves at the expense of Trump. It won't work. Trump doesn't even pretend to have standards: He cheated on his first wife with his second, his second with his third, and presumably at some point will cheat on his third with his fourth (should he live so long). But nobody cares.

Meanwhile, the National Enquirer runs a sourceless, evidenceless story about Senator Ted Cruz, R-TX, supposedly shtupping a series of women not his wife, and the media go ballistic. That's because it's significantly more dangerous in this political day and age to have standards than to abandon all standards before you get started. Bill Clinton can get away with being human because nobody expects anything else. But so can Hillary Clinton, and so can Trump. Those who aspire to something higher have farther to fall.

And so, we're going to be increasingly treated to a series of candidates from both sides of the aisle with checkered pasts and no principles. After all, principles tie you down, force you to behave and put you in the awkward position of having to act decently. Better to skip the standards and go straight for the scandal. If you have enough of them early on and often enough, your candidacy becomes downright unkillable, like an antibiotic-resistant virus.

Hence Trump. Hence Clinton. Hence prospective presidential candidates Kanye West, Kim Kardashian and Jenna Jameson. Why not? After all, at least they're not hypocrites. They're exactly who they say they are. No scandal can touch them.