The Secret Life of Barack Obama 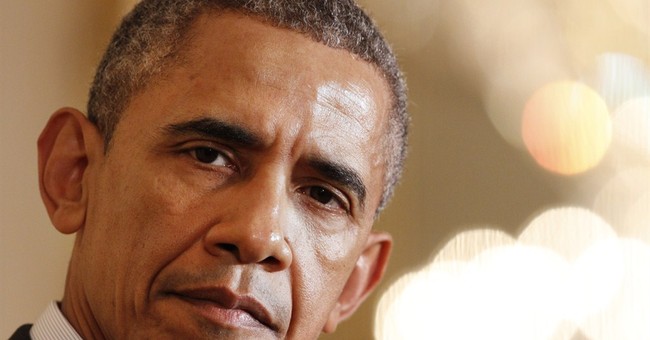 There is a unicorn lair in North Korea. We know this because the Dear Leader of North Korea, Kim Jung Un, tells us so. According to the official Korean Central News Agency, archaeologists have "recently reconfirmed" the existence of the unicorn lair dating back to the Koryo Kingdom (918-1392).

President Obama has his own unicorn lair. It is the world as it exists inside his head, Walter Mitty-style. In no way does this world resemble reality; it is a bizarre fantasyland of Obama's own construction, in which he is all-powerful, all-knowing and always right. It is a world in which his foreign policy predictions come true, in which his policies are successful, in which the flaming world he has helped create sparkles rather than burns.

In President Obama's world, Iran is not a threat, but an ally. Iran, in this world, is not an Islamic dictatorship, but a rational actor simply demanding the global respect to which it is entitled. The Ayatollah Khamenei's public statements of "Death to America" constitute a rhetorical love tap, designed for a "domestic political audience" -- presumably an audience to whom the ayatollahs must answer, despite the lack of real elections in Iran for well over three decades. Iran's repeated statements that it intends to wipe Israel from the map simply show that Iran requires more concessions, not less. Iran's open suggestion that snap nuclear inspections be ruled out of negotiations show it is untrusting, not untrustworthy. Iran's expansionist policies in Iraq, Syria, Lebanon and Yemen are all growing pains that can be eased by Western kowtowing.

In fact, in President Obama's world, Yemen is a shining example of American foreign policy at work. Just months ago, Obama used Yemen as his paradigm of functional anti-terrorism; two days ago, Obama's press secretary, Josh Earnest, said that Yemen "did serve as a sort of template for the kind of strategy that we would employ to mitigate the threat from extremists around the world." Earnest claimed that the Obama administration's anti-terror policy in Yemen helped to "stabiliz[e] the country so extremists can't use it to plot against the West." Last month, the American embassy closed in Yemen, with its Marine guard evacuated without its weapons. Last week, the last American forces left the country, which has been plunged into full-scale civil war by the Iranian-backed Houthi militias.

But the real threat to global peace, in President Obama's world, lies with the quarrelsome Jews some 1,200 miles to the northwest. There, the democratic country of Israel has endangered its status as a democracy by failing to negotiate with terrorism-backing Palestinians; there, Prime Minister Benjamin Netanyahu, a troublesome Jew if ever there was one, insists that Iran, not Jews building bathrooms in East Jerusalem, represents a threat to global order. If only the United States could achieve some daylight between itself and the Jewish state, all would be well -- even though Jordan, Saudi Arabia and Egypt have never drawn closer to Netanyahu, knowing that Netanyahu is a far better guarantor of their security against an Iranian bomb than Barack Obama.

Delusional dictatorship is a danger to regional peace. But delusional American leadership is a threat to global peace. Nonetheless, things are going swimmingly in Barack Obama's head. Iran is a regional ally, Yemen is a model of peace and security, and Israel is an incipient enemy. The unicorns still roam free, even if free people live in danger of chains.