Obama's Failure to Help May Spring from Racism 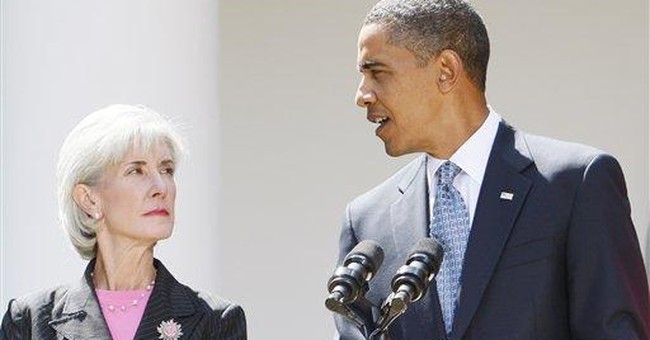 Welcome to Mendota, Calif. Its population is 10,000. Most of its families work in farming; the town used to be called the "cantaloupe capital of the world." Today, unemployment hovers around 41 percent. The town is now known as "the food-line capital," says Mendota's mayor, Robert Silva. This is the Dust Bowl, circa 2009.

Mendota is located in Fresno County, where July unemployment stood at 15 percent. And even that staggering number is artificially low because of all the temporary employees hired to pick the seasonal vegetables like squash, carrots, tomatoes and peppers.

Why are the communities of Fresno County suffering so deeply? Because in December 2008, the federal government decided that Fresno County, a farming-rich area which provides half of America's vegetables, no longer needed water. The farmers whose ancestors built the canals to irrigate the Central Valley have been totally cut off from their water supply, even though they're still paying bills for it. Hundreds of acres of prime farming land lie fallow, crops withered and dead.

All because the federal government thinks that smelt -- tiny 5- to 7-centimeter fish -- are more important than human beings. It seems that these annoying little creatures have been filleted by the water pumping systems necessary to make irrigation possible. They are now endangered. As the Fish and Wildlife Service put it, "it is the Service's biological opinion that the coordinated operations of the Central Valley Project and State Water Project, as proposed, are likely to jeopardize the continued existence of the delta smelt." In other words, all water supply must be shut down, lest the world lose the incomparably valuable smelt.

President Obama has two choices here. First, he can call off his dogs at the Fish and Wildlife Service -- after all, the Department of the Interior is answerable to the president. Second, he can declare Fresno County a disaster area and provide federal aid.

So far, he has done nothing.

"President Obama needs to come out here immediately," Silva tells me by telephone on Sept. 1. "Just the other day, 52 other mayors and I sent a letter to President Obama calling on him to visit Fresno County to see what the impact has been. We have the highest unemployment in the state of California. I don't have a problem with endangered species, but water distribution must be looked at."

Silva compares the situation to Hurricane Katrina. "This is man-made, and you've got a third-year drought," he says. "Just because there are no buildings knocked down, that doesn't mean you don't have the same situation as Katrina: food lines, hunger lines, people unable to pay their bills, people unable to pay their mortgages, people out of jobs. That's how we see it. The State of California has declared this a disaster area, but we've heard nothing from the federal government."

"It could be," Silva says. "I can't prove that, but it seems to me that if this happened in New Hampshire or New York City, the relief would be there automatically. As for us, we have to beg agencies. We have to beg them to put food on the table for these people. And they still won't open the spigots."

This doesn't just affect the people in Fresno County. Professor Richard Howitt of the University of California at Davis says that 45 percent of the Fresno County acreage could be out of commission. The prices of staple foods will rise all over the country as farmers plow the sun-scorched crops into the ground.

But most of all, it's the farmers in the Central Valley who will suffer. Apparently, President Obama's stimulus is available for labor union payoffs and big government boondoggles. Hispanic farmers are another story.