America Loses its Own Hearts and Minds

Ben Shapiro  |  Aug 26, 2009
The opinions expressed by columnists are their own and do not necessarily represent the views of Townhall.com.
Top Columns
Trending on Townhall Media 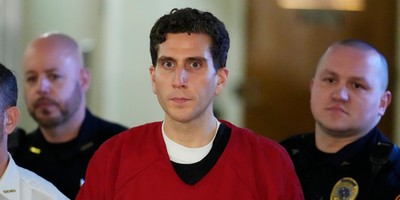 Even after their defeat at Gettysburg, the Confederacy held out hope that an 1864 Democratic presidential victory would provide them independence. "If we can break up the enemy's arrangements," wrote Robert E. Lee, "he will not be able to recover his position or his morale until the presidential election is over, and then we shall have a new president to treat with."

The Charleston Mercury was even more sanguine; if Democratic presidential candidate George McClellan was elected, the Mercury said, it would "lead to peace and our independence … [provided] that for the next two months we hold out own and prevent military success by our foes."

The same was true a century later. According to North Vietnamese Col. Bui Tin, "Ho Chi Minh said, 'We don't need to win military victories, we only need to hit them until they give up and get out.' … The conscience of America was part of its war-making capability, and we were turning that power in our favor."

On Sept. 11, 2001, the United States was involuntarily launched into a great struggle against Islamists seeking our destruction. The chief battlefield was Afghanistan, where Osama Bin Laden, with the protection of his Taliban guardians, planned and executed the most devastating strike on American soil in our history.

And now, eight years later, Americans don't care. Last week, an ABC News-Washington Post poll found that 51 percent of Americans said the war in Afghanistan was not worth fighting, while only 25 percent said America should send more troops. That was true, despite nearly six in 10 Americans averring confidence in America's ability to defeat the Taliban and stabilize Afghanistan. It's no longer about whether we can win a victory; it's about whether we want to win a victory. And we don't.

President Obama is doing nothing to boost the war effort. During his 2008 presidential campaign, President Obama repeatedly claimed that the Iraq war was a distraction from our more important efforts in Afghanistan. Yet his response to the new anti-war sentiment has been tepid at best -- which makes perfect sense, since he was elected by riding the anti-war wave. So far, he has engaged in a Robert McNamara-esque policy of graduated escalation in Afghanistan, slowly infusing more troops in a doomed attempt to squeeze the enemy, rather than pounding them Bush surge-style. He has released Afghani terrorists from Guantanamo Bay without restrictions and initiated investigations into CIA interrogation, emboldening our enemies, who now know they will likely be released without a mark even if they are caught.

It turns out, too, that Iraq was a central front in the war on terror: with Obama's pullout policy in Iraq, Iranian-backed terrorist efforts are making headway. "There has been an obvious deterioration in the security situation in the last two months," says Iraqi Foreign Minister Hoshyar Zebari. According to Gen. Muhammad Shahwani, head of Iraqi intelligence since 2004, says that without American help, "Iraq will be a colony of Iran" within five years.

In short, Islamist insurgents over the globe were right -- elect Obama, win the war.

On Aug. 23, 1864, Abraham Lincoln faced the specter of a George McClellan presidency. "This morning, as for some days past, it seems exceedingly probable that this administration will not be re-elected," he wrote. "Then it will be my duty to so co-operate with the president elect, as to save the union between the election and the inauguration; as he will have secured his election on such ground that he can not possibly save it afterwards."

Today, McClellan is president -- only he's not an anti-war former war hero, but a pacifistic college professor and community organizer, elected on a platform of gradual surrender. Obama's campaign words about Afghanistan were a smoke screen for his underlying anti-war tendencies -- tendencies that were heard and absorbed by the American people. The day Obama was elected, the war on terror was lost.