Time to Laugh at Obama and Company 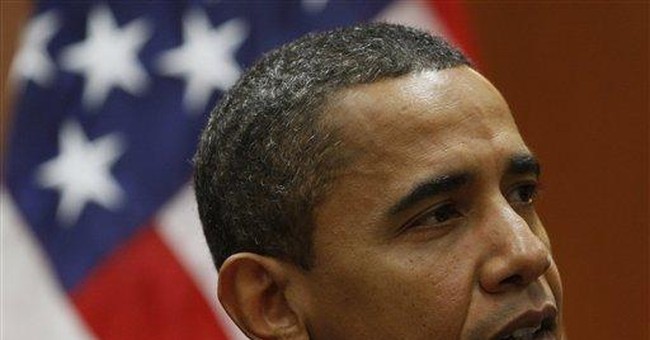 How many Americans does it take to screw in a light bulb? According to President-elect Barack Obama, 2.5 million. Obama has a new plan, he says, to save or create at least 2.5 million jobs. “We need to upgrade our federal buildings by replacing old heating systems and installing efficient light bulbs,” Obama said. “That won’t just save you, the American taxpayer, billions of dollars each year. It will put people back to work.”

This is inherently hilarious. The president-elect of the United States actually believes that screwing in energy-efficient light bulbs will save or create millions of jobs. Now, screwing in light bulbs isn’t exactly a full-time occupation. And those unemployed former Lehman Brothers stockbrokers, those fired writers at Time Magazine, and those Citigroup administrators might be a tad overqualified to do janitorial work. But Obama truly thinks that he can single-handedly create jobs by pushing road building and retrofitting.

Obama’s delusions of grandeur are the stuff of which comedians’ dreams are made. Can you imagine the delight at “Saturday Night Live” if President George W. Bush suggested screwing in light bulbs as a solution the economic crisis? There would be more than one joke suggesting that Bush is a “dim bulb.”

But comics never touch Obama. After Obama selected former rival Hillary Clinton for his secretary of state, “Saturday Night Live” didn’t parody his newfound respect for his hated opponent -- it parodied Clinton. Then it ran a grievously unfunny skit suggesting that Obama’s style is to “keep it cool,” which is more of a campaign commercial than a sketch.

So far, Leno, Letterman, Stewart and Colbert haven’t laid a finger on the president-elect, who is smarmy and saccharine enough to sicken Cookie Monster. They haven’t targeted his “hope and change,” which so far has consisted of hiring leftovers from the Bush and Clinton administrations. They haven’t discussed his flip-flopping on taxes and immediate pullout from Iraq. They haven’t even mentioned his ridiculous refusal to come clean on his smoking habit. Even the Los Angeles Times, a central diocese in the Obama church, has caught on to the fact that “the nation’s comedy writers still seem incapable of or adverse to making fun of (Obama).”

During the 2008 presidential campaign, comedians lampooned Sen. John McCain, R-Ariz., on a regular basis. They had a field day with Alaska Gov. Sarah Palin. Comedians even went after Vice President-elect Joe Biden on occasion, though with less alacrity than we had a right to expect, given Biden’s verbal diarrhea and constant gaffing.

But they kept their paws off of Obama. Obama is the Untouchable One. Though he has all the hallmarks of a balloon ripe for the pricking, he has been left alone by the comic world.

There’s a reason for that: The comic world is overwhelmingly dominated by the left. Though they like to portray themselves as gadflies dedicated to targeting everyone equally, comedians are pure Hollywood. They donate to the Democrats, they attack the Republicans, and then they claim that they remain nonpartisan.

The death of nonpartisan comedy creates a serious problem for conservatives. No one remembers Obama’s association with the Rev. Jeremiah Wright or William Ayers, but they remember Tina Fey’s impression of Palin. No one remembers Biden’s announcement that Obama was “articulate and bright and clean,” but everyone remembers the late-night jokes about McCain’s age. As radical community organizer Saul Alinsky put it, “Ridicule is man’s most potent weapon. It is almost impossible to counterattack ridicule.”

If conservatives hope to compete in future elections, they must infiltrate the comic world. They must attack the left with irreverent wit rather than sincere protestation. They must target the president-elect’s Hindenburg-sized ego, his sincere belief in political tooth fairies, and his monumentally empty slogans. They must target liberalism with humor rather than anger.

After all, there is so much to laugh at.