The Path to Victory in Washington 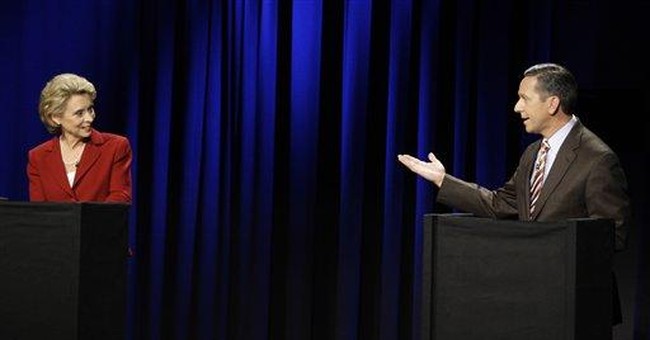 Last month we examined the political climate in Oregon noting that in 2010, the Beaver State is “not your traditional swing state.” Head up I-5, and you’ll notice striking similarities between the happenings in Oregon and its neighbor to the north – Washington. Liberal Democrats occupy both U.S. Senate seats and six of the nine U.S. House seats, but a conservative resurgence could dramatically alter the Evergreen State’s political landscape moving forward.

2010 could prove to be a banner year for Washington Republicans. At the top of the ticket (a key indicator of down-ballot success), GOP Senate candidate Dino Rossi is battling entrenched Democrat incumbent Patty Murray in what many political pundits view as a “toss up” race. Republicans are also poised to flip Washington’s Third Congressional District. The August primaries have also boosted GOP hopes of making a comeback in both chambers of the state legislature.

On the House side, Democratic incumbents “failed to capture half the vote or were trailing their GOP challenger,” in several key districts across the state following the primaries. According to The Olympian, “powerful House Ways and Means chairwoman Kelli Linville, D-Bellingham, was losing to Republican Vincent Buys in Whatcom County’s 42nd district and other Democrats, such as Rep. John Driscoll of Spokane, were well below 50 percent of the vote.” These results led Kevin Carns, leader of the House Republican Organizational Committee to surmise “his party could gain six to 13 seats, reducing if not erasing the Democrats’ 61-37 advantage.”

In Washington’s “Top Two” primary system - where the top two finishers, regardless of party affiliation, advance to November - Tebelius garnered 46 percent of the vote against an eight-year incumbent despite being in the race fewer than 90 days. “We knew we had to play catch-up and set an aggressive goal to reach out to voters door-to-door,” said Tebelius. “In only two months, I visited over 8,500 homes with the message of reform and greater government accountability with our tax money. Voters are responding with great enthusiasm.”

When Seattle Times editorial columnist Joni Balter was given the opportunity to accompany Tebelius on the campaign trail, she witnessed, first hand, how Tebelius’s conservative message was well-received by constituents, particularly independents voters. “At many doors in the Clyde Hill area, Tebelius prompted bobbing heads and ‘you've got my vote’ when she offered her stock pitch that Olympia has a spending problem, not a revenue problem,” pens Balter.

With less than two months to go until Election Day, Tebelius benefits from a constituency that is fed up with higher taxes and the burdens of big government. This year, 48th District voters are presented with two clear choices: a newcomer with leadership experience who staunchly advocates the merits of free enterprise and government accountability or a member of Washington’s liberal political machine, who has a demonstrated a recent propensity to flip-flop on tax hikes. According to Tebelius, voters don’t want a candidate like Hunter who has “voted 98 percent of the time with the Seattle power brokers,” they “want to trust their representative and know that they will keep their word.”