Beau Rothschild  |  Jul 01, 2020
The opinions expressed by columnists are their own and do not necessarily represent the views of Townhall.com.
Top Columns
Trending on Townhall Media 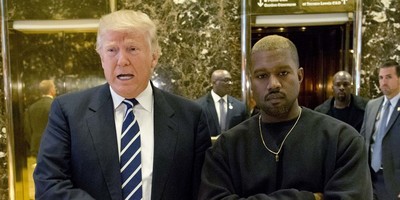 President Donald J. Trump has done an excellent job implementing an ‘America First’ foreign policy.  His push to end the endless wars is exactly what the American people want. Also, they want to hike up defense spending where it is needed – to protect the homeland.

We live in dangerous times and the coronavirus has brought home the fact that nations will try to take advantage when they perceive weakness.  The president has been strong in defending the economy with a stimulus and shut down travel from China when it was evident that China was allowing infected people to travel the world, thereby spreading the coronavirus. When weakness is perceived, strength is needed. President Trump is a strong leader and Congress needs to follow suit by muscling up our defense priorities by removing troops from Afghanistan, while digging in to fight violent socialism in the Americas while putting in place technology and hardware that can protect American citizens from any nation foolish enough to attack us.

The ‘Trump Doctrine’ on foreign policy has successfully protected America. The president’s most recent State of the Union show President Trump’s goals and achievements. The president addressed Congress and the American people on how he has cut better trade deals, including the U.S.-Mexico-Canada Agreement (USMCA), stood up for freedom in the face of socialist Venezuela, inspired member nations of NATO to pay their fair share, and established the U.S. Space Force. Specific to the military hardware provided to protect America, President Trump said on February 4, 2020, “to safeguard American liberty, we have invested a record-breaking $2.2 trillion in the United States military.” That spending includes “the finest planes, missiles, rockets, ships, and every other form of military equipment, and it’s all made right here in the USA.” The investment to protect America makes sense and one of the greatest threats Americans face today is the threat of a nuclear missile, or multiple missiles, launched at the United States.

Congress is working on the National Defense Authorization Act (NDAA) now and it is important for them to protect funding for the Ground-based Midcourse Defense (GMD) program.  The GMD is an important ‘America First’ defensive technology that is capable of protecting the homeland from intercontinental missile attack in the case of a nuclear attack from one of America’s many enemies. Even though they are not a nuclear power yet, Iran is on the record testing President Trump’s resolve. The president has stood strong in the face of multiple threats in the wake of President Trump’s successful January neutralizing of Iran’s top general, Qassem Soleimani.  While many worried that Trump’s action would instigate war between the nations, the opposite has happened. Trump’s retribution for Soleimani killing hundreds of American soldiers in the Iraq War has cowered Iran. Having a missile defense is important, even though Iran is not a nuclear power, to protect against other nuclear nations looking at how we interact with Iran to sense weakness.

A real nuclear missile threat comes from North Korea. North Korean strong man Kim Jong Un continues to flout his advance towards becoming a nuclear power.  Ian Williams points out at Defense News on June 24, 2020, “the establishment of GMD had put the United States in an advantageous position relative to the North Korean missile threat, but this advantage would be short-lived if the United States failed to improve GMD through incremental milestones and regular testing.” Williams worries that the Pentagon has distanced themselves from incremental improvements to this technology while “attempting great leaps rather than manageable steps.”  His conclusion is that his strategy by bureaucrats to scrap GMD for some pie in the sky yet to be developed and tested technology at the Pentagon will put the U.S. at risk.

President Trump’s proven strategy of beefing up missile defense and protecting ‘America First’ is the right direction.  By improving GMD incrementally, instead of engaging in a dismantling of GMD to move to an unproven and risky technology, the U.S. is keeping the homeland safe from missile attack. One must understand the strong deterrent effect of a nation having to worry about firing off a missile that gets destroyed by GMD and the resulting consequences for that leader and nation.  As the NDAA debate progresses in Congress, they need to focus on protecting the homeland and not worry so much about riskier approaches that could make the United States less secure over the near and long term.