US Government Facing Insolvency if Nothing Changes

Beau Rothschild
|
Posted: Aug 31, 2019 12:01 AM
Share   Tweet
The opinions expressed by columnists are their own and do not necessarily represent the views of Townhall.com. 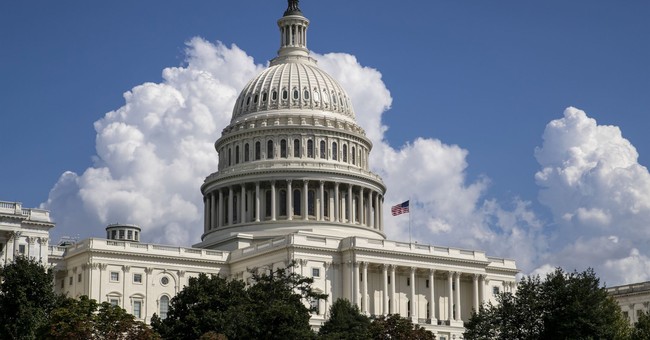 Our government is facing some serious problems with spending with no solution in sight.

If nothing is done to change our nation’s spending trajectory, we may be facing a serious financial crisis the likes of which our generation has never experienced.  When I worked in the House of Representatives, the Republicans pushed hard to cut discretionary spending and reform entitlement programs, yet now we hear little to no talk about real cuts to spending programs.

Republicans have gone silent on the issue of debt.   Both parties recently held hands to get rid of automatic cuts to spending that impacted domestic and defense spending programs.  While the left pushes for trillions in a so called “New Green Deal,” Republicans are pushing for programs like the trillion-dollar F-35 fighter jet that end up costing the taxpayer more than they are worth.  Both parties have a spending problem and no solution is even being discussed.

The numbers are scary.

A May 2019 report by The Heritage Foundation made it clear that spending, not a lack of tax revenues, are the big problem: “The national debt increased by nearly $9 trillion during the eight years that President Barack Obama was in office. Through the first two years of the Trump Administration, the debt increased by $2 trillion, a comparable rate.  The long-run debt problem is not driven by a lack of revenue. CBO data indicate that over the next 10 years, revenues will be above the 50-year average.”  Our national debt is at approximately $22.5 trillion and we are staring down $1 trillion in annual deficits for as long as the eye can see.

With $23.5 trillion on the books and more to come, there needs to be a plan to reform all federal spending programs.  Heritage cited the Congressional Budget Office (CBO) that found “by fiscal year (FY) 2029, nominal federal spending will rise by almost $3 trillion compared to 2018, outpacing above-average revenues by 4.4 percent of GDP. That gap is projected to widen to 9.5 percent of GDP within 30 years.”  These numbers can’t be sustained.  Brian Riedl of the Manhattan Institute wrote in National Review on July 22, 2019, that the most recent budget deal will lead to even more spending and he concluded: “The budget deal would essentially repeal the final two years of the 2011 Budget Control Act and raise the baseline for future discretionary spending by nearly $2 trillion over the decade.”  Entitlements and discretionary spending are too high, yet there is no plan to slow the growth of any government program.

On the mandatory side, there needs to be ideas that get away from Medicare-for-All proposals that will add tens of trillions in new debt and toward reforms that will slow the growth of Medicare, Medicaid and Social Security. Former Speaker of the House and Budget Committee Chairman Paul Ryan’s (R-WI) budgets pushed hard on the theme of reform.  Chris Edwards of the CATO Institute wrote back in 2012 that the elements of reform included “repeal the 2010 health care law and reform Medicare by transitioning to a consumer-choice model” that would result in annual savings “in 2022 by $258 billion.” Ryan’s plan for “the block-granting of Medicaid and other entitlement programs such as food stamps” would have resulted in savings of “$313 billion annually by 2022.” All these reforms would have put the U.S. on a pathway to balance, yet the Republican Party has completely abandoned any willingness to make any cuts.

The most recent budget deal allowed for hikes in domestic spending by $320 billion over the next two years. Congress has shown a propensity to waste money on “Green Energy” programs like during the first few months of the Obama administration when they funded five companies (A123, Beacon Power, Ener1, Fisker Automotive and Solyndra) that went belly up, according to CNN. For Republicans it is the F-35 fighter jet that has proven to be a money pit for the taxpayer. According to Reuters on April 10, 2019, in a story titled “The F-35 - stealthy, numerous and expensive,” the program has been “plagued by a lengthy development and a lifetime cost of more than $1 trillion, it has only recently begun flying operationally.”   Despite the problems, Congress is asking for more F-35s than the Trump administration even requested in the National Defense Authorization Act. It is tough to restrain spending when Congress pushes so hard to boost favored discretionary spending programs.

Maybe politicians are incapable of reform and need to be subject to a Balanced Budget Amendment to the Constitution. Sadly, it might take insolvency for any reforms to be put in place. Restraint is needed and if things don’t change, our nation is staring at insolvency and future generations of Americans will have a lower standard of living than we enjoy today.