Non-Essential Workers? Most Are in Government

Barney Brenner
|
Posted: Apr 20, 2020 12:01 AM
Share   Tweet
The opinions expressed by columnists are their own and do not necessarily represent the views of Townhall.com. 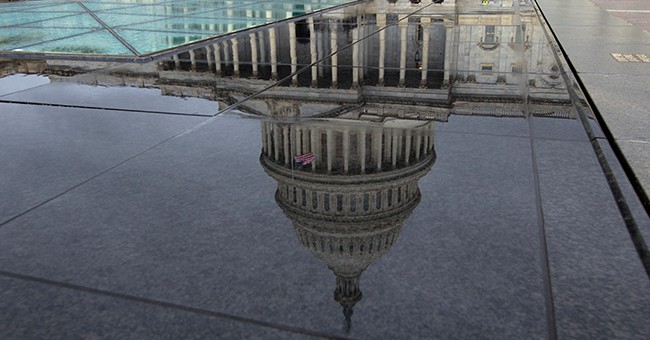 There’s a stark contrast in suffering between the private and public sectors in this era of unprecedented government intrusion into American life and business. Millions of mom-and-pop shops are shut and their income is decimated and large-company employees are furloughed. But we hear virtually nothing about government workers being laid off – or even taking a pay cut.

Let that sink in: the folks whose work and taxes underwrite bureaucrat pay are cut off from livelihood while those they support in government are not only not hurting, but many are being given what are essentially paid vacations. And we’re hearing talk about non-essential workers? The vast majority of non-essential jobs are in government.

Where are all the altruistic Fed, state and local workers who volunteer, as Trump has, to give up their salaries? How about those characters in Congress? We know about the swamp in D.C. There are mini-swamps nationwide which also need draining.

There’s a huge revenue shortfall coming and when this fiasco is over it will be the ideal time to downsize government bodies large and small. Though we shouldn’t hold our breath. Not only are these individuals not sharing the sacrifice now, even if we manage to move some of ‘em out, most have generous – to say the least – pensions, also coming at taxpayer expense.

Astonishingly -- or perhaps not, when you remember that Congress is doing it -- hundreds of billions in relief spending is being distributed scattershot with no employment or means testing. And where is a good chunk of this money going? You guessed it. To the same government workers and bureaucrats who have had no cessation in their paychecks! (Brief government largesse might make a house or rent payment, but it comes at the expense of inflating and devaluing the rest of our currency.)

Private sector people, who make all other activities in this country possible, should chafe at the idea that theirs is a non-essential job. To whom? Certainly not to them and the families who depend on their income. Each day that goes by is a still-intangible cost of the current crisis and a lost opportunity for the satisfaction of a job well done.

Betsy McCaughey, former Lieutenant Governor of New York, writes, "Every 1% hike in the unemployment rate will likely produce a 3.3% increase in drug overdose deaths and a 0.99% increase in suicides according to data provided by the National Bureau of Economic Research and the medical journal Lancet. These are facts based on experience, not models. ... Overall, the death rate for an unemployed person is 63% higher than for someone with a job, according to findings in Social Science & Medicine.”

We're near a tipping point where the cure will be harming more people than the disease.

Benjamin Franklin, the oldest and among the wisest of the founding generation, observed almost 250 years ago that “… when Men are employ'd they are best contented. For on the Days they work'd they were good-natur'd and chearful; and with the consciousness of having done a good Days work they spent the Evenings jollily; but on the idle Days they were mutinous and quarrelsome, finding fault with their Pork and their Bread, and in continual ill-humour."

Judging from the discontent and pushback nationwide, it’s time to end the shutdown before it descends into civil disobedience.

America has been can-do from day one. It faced challenges head-on, not cowering and quarantined. Watch this PragerU video about the recovery from the Great Chicago Fire of 1871. The same situation pertains here. No matter what we do, more people will lose their lives, whether it's directly from the virus or a result of the hopelessness that comes from having no work – as demanded for month after month by Ivory Tower fools with protected wealth or regular government paychecks.

During the Vietnam War, the city of Ben Tre was nearly bombed into oblivion. The oft-misquoted excuse was that the city was destroyed “in order to save it.” We’re doing something similar to ourselves on our own shores.

A great and underappreciated president, Calvin Coolidge, said, “The chief business of the American people is business.” Silent Cal presided over the prosperous part of a decade which came to be known as the roaring twenties. How appropriate that another capable and business-friendly president, Donald Trump, is poised to facilitate a 21st-century ‘20s return to prosperity.