WHO Cancer Agency May Have Defrauded US Taxpayers

Austin Ruse
|
Posted: Jul 12, 2017 12:22 PM
Share   Tweet
The opinions expressed by columnists are their own and do not necessarily represent the views of Townhall.com. 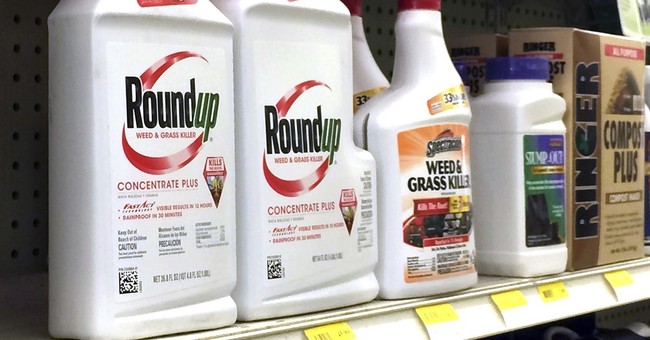 The International Agency for Research on Cancer (IARC), a semi-autonomous agency connected to the World Health Organization, says red meat probably causes cancer and should be listed with arsenic and smoking. The same organization used to say coffee might cause cancer until it changed its “scientific” position and said it “probably” doesn’t.

Such is the strange and iffy world of “science” in the year 2017. Again and again, we are told that “the science is settled” on a whole host of issues but much of which turns out to be fake.

And now IARC, which is funded by American taxpayers through the National Institutes of Health, faces charges of deliberately withholding sound scientific data that would vindicate a major American corporation being sued by 184 individuals who say one of its products gave them cancer only to find out that, on yet another issue, the “settled science” is actually fake science.

Monsanto invented a remarkable weed killer called Roundup that allows farmers to spray entire fields of crops that have been genetically modified to resist the chemical glyphosate.  Roundup kills all the weeds but leave the crops alone.

Environmentalists have been after glyphosate ever since. The chemical has been scrutinized since the 1980s by scientists and regulators including the Environmental Protection Agency and similar international and national agencies around the world. All of them have repeatedly cleared glyphosate of causing cancer.

But then along came IARC with a new assessment two years ago that glyphosate is a “probable human carcinogen.” The assessment was purportedly based on “limited evidence” in humans but “sufficient evidence” in animal trials. This new report triggered the massive lawsuit against Monsanto in California.

But now it turns out that IARC possessed solid scientific data in 2015 that cleared glyphosate of causing cancer, and that the group deliberately ignored the data. The study is the most robust of its kind, carried out by the U.S. National Cancer Institute. Called the Agricultural Health Study, it studied thousands of farmers and their employees who had been exposed over time to glyphosate. Note that IARC’s data was on rodents in laboratory situations, not real life.

IARC possessed the data showing glyphosate was safe long before they were considering their new report that charged glyphosate was carcinogenic. But they chose to ignore the data for the rather specious reason that it had not yet been published.

The scientist who chaired the 2015 meeting at IARC was an American epidemiologist, Dr. Aaron Blair, connected to the U.S. National Cancer Institute, who had seen the data that cleared glyphosate. In a sworn deposition from this past March, Blair admitted the new data would likely have changed the IARC assessment and therefore taken away the grounds for the lawsuit against Monsanto.

Monsanto denies all charges in the lawsuit. They charge that the new data was deliberately concealed by Blair and his colleagues. Further damning evidence is Blair’s statement to Reuters that the data was available two years before the IARC assessment but that the data was too large to publish in one paper. To this day, the data from this study has not been published.

Are unwelcome scientific results being covered up?

There is the seeming deliberate concealment of scientific data that goes against the wishes of an ideological group, in this case, environmentalists who have been after Monsanto—and genetically modified crops—for decades. Note that glyphosate is an herbicide that kills all plants except those that have been genetically modified to resist it. Even though multiple government agencies over decades cleared GMOs from the multiplicity of charges against them—principally that they cause cancer—environmentalists have never given up trying to kill them.

There is also the fetish in the scientific community for publishing, specifically, in peer-reviewed journals. A great deal of peer review has become something of a scam in recent years. There are now thousands of journals and millions of papers from an ever-expanding number of newly minted PhDs—54,000 every year in the United States alone—who are hungry to publish. Recent years have shown so many frauds in peer review that one academic publisher, Springer, has withdrawn more than 100 papers that were shown to be questionable. There is even a website—RetractionWatch.com—that tracks the ever-expanding number of scientific papers withdrawn from peer reviewed publications.

Congressional committees have been in something of a duel with IARC which so far has refused to release documents to the House Committee on Oversight and Government Reform after members complained about funding such a controversial agency. Congress wants to know why the National Institute of Health, which has an annual budget of $33 billion continues to fund IARC. IARC continues to insist its methods are “scientifically sound.”

When it comes to things like our health, our bodies, and the food we eat, it should be assumed we can rely on science to make the best decisions for ourselves and our families.  However, it seems even the supposed cold hard “facts” of science have become so skewed by political agendas that more and more we are getting fake science instead.

Austin Ruse is the author of “Fake Science: Exposing the Left’s Skewed Statistics, Fuzzy Facts, and Dodgy Data” to be published in July by Regnery Publishing