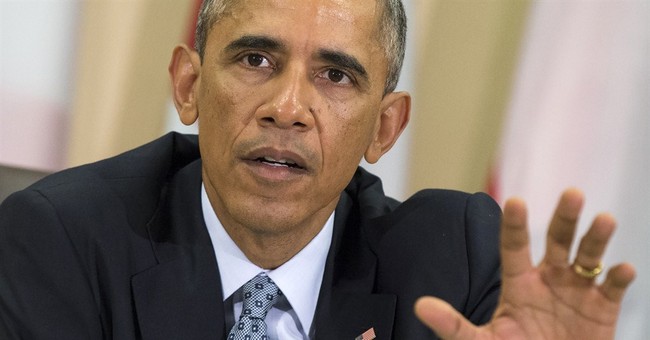 It’s noteworthy that the President is saving his surprise until after this year’s elections. And it’s difficult to know if he can be stopped, regardless of who wins in November.

Yet when two major, long-standing American media outlets – one leaning to the left, the other leaning to the right – both publish news and analysis detailing lies and corruption with President Barack Obama’s plan to grant amnesty to tens of millions of illegal immigrants, actual American citizens should take notice.

But read beneath the headline, and a stark reality becomes apparent: it wasn’t the “U.S.” that did the misleading. Specifically, it was the current occupants of the executive branch of the U.S. government – President Barack Obama and staffers within his administration- that misrepresented facts about illegal immigrants flooding into the country.

The matter dates back to early 2013 when the Obama Administration ordered some 2,200 illegal immigrants to be released from U.S. jails. Officials within the Administration insisted that, because of the so-called “sequestration” government funding cuts, prisoners needed to be released from jails and it just happened to be the case that the 2,200 illegal immigrants that were turned loose were actually no danger to Americans. Their only “crime” was entering in to the U.S. without appropriate “documents.”

But now, USA Today reports that they have secured documents demonstrating that the Obama Administration’s assertions were false In the report, journalist Brad Heath writes:

In the same week, the right-leaning “Washington Times” newspaper published a striking editorial detailing President Obama’s plan for an Executive Order to mandate amnesty for illegal immigrants, a plan to be initiated without a vote from the U.S. Congress and scheduled to happen afterNovember’s midterm congressional elections. According to them, the Obama Administration is planning for upwards of 30 to 40 million new immigrants to be legalized with a stroke of the President’s pen, a move that will expand the nation’s population by a whopping 10%.

As the Washington Times notes:

“In economic terms, importing millions of unskilled workers creates competition for the diminishing number of available jobs. Combine a flooded job market with the Democratic proposals for a doubling of the minimum wage to $15 an hour, and millions more American citizens will be without a job. Those who do have jobs will pay to provide federal freebies, from Obamaphones to Obamacare, to the formerly illegal aliens now with a green card.”

This news will continue to be ignored. Many entrepreneurs in the nation’s tech epicenters of Los Angeles, New York, San Francisco, Seattle and Boston – all cities with lots of global commerce and where employment and wages are mostly pretty good – will remain oblivious to the President’s undermining of multiple national interests, while others will continue to write big checks in exchange for the opportunity to get their photo taken with Mr. Obama at a political fundraiser. They will remain oblivious to why the President and his policies have fallen drastically out of favor with a broad base of the American people, even as he becomes an untrusted embarrassment internationally and undermines the U.S. dollar.

Similarly, American business media outlets – almost all of which are headquartered on either the right or left coast and generally don’t care to observe much beyond the Silicon Valley or Wall Street – will continue to revel in Microsoft’s new earnings report, or Apple’s recent iPhone successes (has anybody noticed how Apple financed their recent stock buy-back with borrowed cash?), while pretending that immigration is an irrelevant subject. Instead of thinking critically and holistically about the state of the country, they’ll go-on regurgitating the latest press releases from the Small Business Administration detailing all the new small business lending initiatives, and essentially “call it all good.”

But for the rest of us trying to do business in “flyover country” – the forsaken regions of the U.S. in between L.A. and Manhattan and in faraway lands like Hawaii and Alaska – a flood of immigrants actually matters. It means, among other things, more strain on already burdened city, county and state-funded law enforcement and social services agencies; a greater risk of crime and litigation perpetrated against local and regional business ventures; and fewer jobs for American workers, including many 20 to 30-somethings who hold college degrees and mountains of college loan debt, but can’t find their way in the labor market even under current conditions.

Will American workers and business owners demand a government that serves them rather than enslaving them – or is it already too late?