Tell Them "NO:" Americans Must Stop State And Local Lawmakers From Damaging The Emergent Small Business Revival 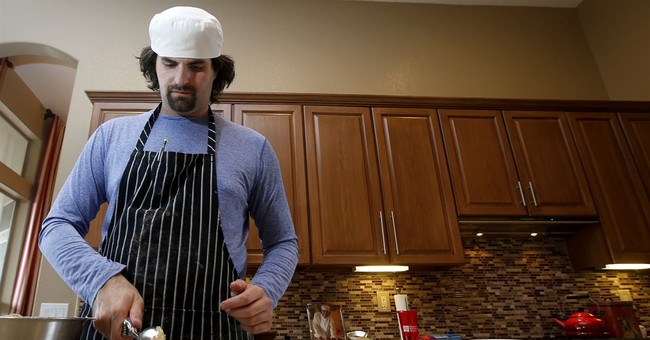 So what, naturally, would city, county and state lawmakers pursue in response to a new, entreprenuerial small business startup movement? More taxes, regulations, restrictions and prohibitions, as a matter of course. In the era of Barack Obama such policies are "the American way."

It has to do with what is often referred-to as "the sharing economy." Despite the socialistic sounding name, the essence of "the sharing economy" is actually very positive. The term is used to describe individuals and organizations providing, on a very basic and freelance basis, products and services to people who want to pay for them, and the seller and buyer are usually brought together through a website or online community. Such service providers are, indeed, small business owners, even if they don't have a storefront or office or their own dedicated website.

Take for example Uber.Com, a San Francisco-based venture that matches people who need a ride from one end of a city to another with people who have cars and are willing to travel. Visit the company's website, download the app, and search for people who are ready right now to shuttle you about. If you want to be a provider, Uber.Com has a screening process whereby you can register to deliver transportation services.

This very basic " seller-hooks-up-with-buyer" type of transaction is happening at an increasing rate in cities all across the country, all on a freelance non-professional basis and mostly all via online connections. Need someone in your area to run errands or perform household chores? TaskRabbit.Com might help you find a provider who's ready right now. Got an extra room to rent for people visiting your town? AirBnB.Com connects travelers with in-home accomodations.

One might think that Americans getting off their backsides and working, even if only on a freelance basis, would be a good thing. Yet city governments in Dallas, Seattle, Tampa, New York, Portland and Oklahoma City have all sought to impose strict regulations and, in some cases, prohibit these types of freelance services businesses, largely because the freelancers are not taxed and regulated like established handyman, hotel and taxicab companies. At the state level, Arizona, North Carolina and Virginia have all sought similar regulations and restrictions.

If you happen to be in the minority of the population that believes that government should encourage, rather than discourage entrprenuership of this sort, consider spending time figuring out who serves on your local city council and county board of supervisors, and who represents you in your state legislature. Then contact these people and politely ask them to stay out of the way of the emergent "sharing economy," so they don't kill it before it becomes fully grown.

Don't expect your local politican to agree with you, that the sharing economy can and should flourish without his or her special meddling. Be prepared for a barage of rhetoric, but also have a response. Consider for example, the following accusations that are frequently made about the "sharing economy" freelancers, and the facts that underly these claims:

A) Sharing economy services providers are"un-trained and un-licensed": Sometimes this is sort-of true, but not entirely. Consider the ridesharing services that Uber.Com or Lyft.Com distribute. Labor union bureaucrats and politicians lament that the drivers aren't trained and licesned as cab drivers, yet both websites require a service provider to be a licensed driver in their jurisdiction. If politicians want to impugn people for "selling" an occassional ride across town via a website, they best crackdown on people that provide rides to friends and family without compensation as well - there isn't much difference between the two. And if the goal is to "level the playing field" between freelance ride providers and professional cab drivers, then cab drivers should get some relief from the burden of government regulation, rather than freelance drivers being saddle with more of it.

B) "Sharing economy services aren't taxed and that's unfair to businesses that are taxed": Again, this is sort of a "kind of true kind of not true" proposition. Granted the person who rents a room in their home or provides a ride on occassion isn't subject to the taxes, regulations, licensure and authorization fees that an actual motel owner or cab operator has to put up with. But rideshare providers pay taxes on the fuel, tires and insurance that they consume when they're driving, and room hosts pay taxes on the energy and food consumed by each of their in-home visitors.

C) "Sharing economy providers need to be subject to the same regulations and taxes as more established business owners, just so its 'fair' " : No doubt there is at times a disparity between freelancer service providers and established shop owners. The question is, what will remedy the disparity, and make things more fair? Politicians quite naturally want more control over all businesses, not less, and the option thhey never want us to consider is reducing the burdens of taxes and regulations on existing businesses instead of increasing it for the freelancers.

Will Americans allow selfish politicians and business bosses wrap their chains around freelancers? Or will we demand that the path remain clear for the freelancers? Perhaps we'll begin to act like Americans once again, and tell the politicans to back-off.