What if Obama "Showed Some Love"? 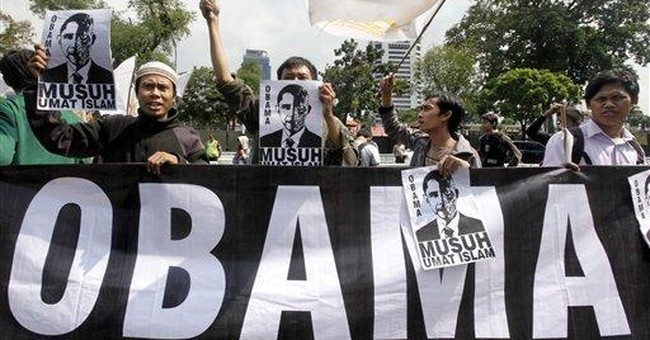 What if President Obama was willing to “show some love?”

Could he help grow our economy, and make the world a better place?

I’m not referring here to the President bowing to foreign heads of state. I’m not hinting at his glad-handing with dictators like Hugo Chavez. And I’m not referring to President Obama’s repeated “apologies” to the Muslim world, and his insistence on treating murderous Islamic terrorists like Khalid Sheikh Mohammed to the benefits of a domestic jury trial.

When I say “show some love,” I’m suggesting that the President would do well to demonstrate some respect and appreciation for the world’s entrepreneurs, wealth creators, and business operators. Rather than maligning them with his words, and manipulating them with his oppressive policies, the President might find that to “show some love” could produce more opportunity for all.

Now, in reality, I don’t actually think that President Obama’s objective is to produce “more opportunity for all.” At this point in his presidency, it seems apparent that his aim is to expand his control over economic resources, and to re-distribute those resources according to his wishes – and such an agenda precludes “opportunity for all.”

Yet despite our federal government’s current trend towards “state-run capitalism” (this is the new, kinder, gentler way of saying “fascism”), an interesting display of “love” for free-market enterprise has emerged recently in the Pacific Northwest. The “love” – and the reaction to the “love” - is noteworthy for anyone who still cherishes American freedom, and “opportunity for all.”

In an effort to attract businesses to the state that he leads, last week Idaho Governor Butch Otter published a paper he entitled “ Love Letter To Our Neighbors: Idaho Is Open For Your Business.” “It’s true that a rising tide lifts all boats” Otter stated in the opening sentence of his document, which was published as a newspaper editorial throughout the sates of Oregon and Washington. “But how those boats are handled,” he noted, “makes a big difference when the tide is out and the waters get rough…”

Governor Otter explained that while states across the country are dealing with the recession and their own state budget crises in a variety of different ways, the state of Idaho was committed to construing its government in such a way as to create “stability” for the private sector economy. “Predictable tax and regulatory policies are what our employers need in order to maintain their operations through this rough patch,” Otter wrote, “and it’s what employers elsewhere are looking for when they consider expanding or relocating.”

The targeting of Idaho’s “neighbors” with a “love letter” comes as at a strategic time. Just last month, Oregon voters approved tax increases on businesses and “rich people” to the tune of $727 million annually (Phil Knight of the Nike corporation calls it “Oregon’s Assisted Suicide Law II”). And Washington’s Governor and legislature are currently contemplating even bigger tax increases to tackle their state budget, which figures to be as big as Idaho’s entire State budget.

As one might expect, reaction across the border to Governor Otter’s “love letter” was swift. After reading portions of the letter on-air, Talk Show Host Dori Monson at Seattle’s Newstalk 97.3 KIRO-FM radio exclaimed “be still my beating heart!” “ Idaho Gov. Gets Fresh With Oregon's Businesses” read a headline from the Associated Press. And after a day or so of both Washingtonians and Oregonians buzzing about Idaho’s offer, Washington Governor Christine Gregoire, a faithful adherent to Obamanomics, took to the podium with both a message of combativeness, and of victimization.

At one point, Governor Gregoire shot-back at her counterpart in Idaho, saying “bring it on,” and citing Forbes Magazine’s listing of Washington as one of the best states in America for business. Still at another point, the Governor of Washington noted that “everything is fair game, but to suggest that somehow there is this massive tax going on in my state that puts my business to a detrimental level compared to yours is simply not fair…”

So being competitive in the free market is “fair game,” yet at the same time it is “simply not fair.” And notice the other fallacy in Governor Gregoire’s remarks, where she references “my business” in “my state.” The enterprises in question here do not belong to Ms. Gregoire. They are owned by private citizens – some of whom do NOT have deep pockets – who take risks investing their own capital and life savings and talents, so as to create worthwhile products and services, and in the process, employ people. Politicians in the tradition of Obama and Gregoire typically show very little respect for these types of business risks, while at the same time focusing on ways to confiscate and re-distribute the business person’s earned rewards.

Thus far, “showing love” is working. In 2008, Idaho lured a proposed $2 billion energy plant and 400 jobs away from Washington, and now with the “love letter” campaign underway, Idaho’s neighbors are “playing defense.”

Imagine if the leader of the free world could “show love” in this way.