President Obama and His "Control Issues" 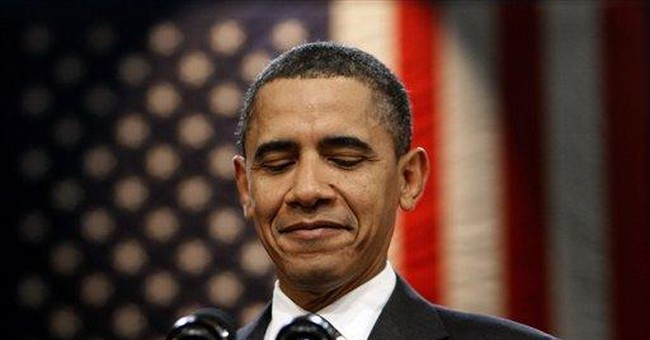 “This is just un-American! This is not the way things should be in my country…”

I took careful note of these words, as I sat in a bar and listened to a friend venting about his struggle. It was the week between Christmas Day, and New Year’s Day, and my friend (we’ll call him “Dave”), a former colleague from the media industry who has been unemployed for several months, did not have an optimistic outlook for 2010.

“I figured that I’d go ahead and get the ‘Obama loan’” Dave told me as he explained the difficulty he had with his mortgage. By “Obama loan,” he was referring to the “Making Home Affordable” program, the Obama Administration’s effort to prevent home foreclosures and to “help” those who have difficulty keeping up with their loan payments.

The program enabled Dave to get his house re-financed, which in turn lowered his monthly payment amount. But for all the good that the program provided, there were strings attached.

Dave’s credit score was dramatically lowered in the process. Then, because of his lower credit score, two of his charge card accounts were cancelled. And now, so Dave told me, “the feds” (I presume by this he meant employees of the U.S. Department of the Treasury) monitor his checking and savings accounts, to make sure that he maintains a certain “minimum balance,” while also ensuring that he does not exceed a certain “maximum balance.”

It was a sad and bizarre tale, from a guy who for two years preached the gospel of Barack (he was an ardent Obama supporter even back when Hillary Clinton was the presumed 2008 Democratic presidential nominee), and who once proudly ran for public office as a liberal Democrat in the Republican-leaning state of Arizona.

Yet, after having experienced first-hand what was thought to be “Obama’s benevolence,” Dave had concluded that it is actually “just un-American,” and that “this is not the way things should be in my country…”

I’m guessing that there are a lot of “Daves” around the United States right now. While the President’s plummeting popularity may be based mostly on things that we can all observe publicly, I suspect that there are also many Americans who have had private, personal experiences with the many new ways that our government has intervened into the private economy, and what was purported to be an offer of “help” turned out to be a “cure” that was more painful than the ailment.

Yet, for however disingenuous or dysfunctional America’s new, bigger government has become, it has been remarkably consistent with one particular agenda - its ability to exercise ever-increasing levels of control over the lives of private citizens. This has been perhaps the most disappointing facet among those who had previously been President Obama’s most ardent supporters. A child-like belief in a politician who promised to improve everything has, I suspect for many, led to confusing and constraining entanglements with cold and impersonal bureaucracies.

This erosion of freedom reaches beyond the realm of economics. Take, for example, our government’s handling of national security.

While the F.A.A. and the T.S.A. and the D.H.S. refuse to do what is necessary to actually keep terrorists off of airplanes (to do so would likely involve procedures that would be deemed “racially insensitive” by the Obama Administration), our government’s response to the Christmas Day terrorist attack was to further limit the freedom of otherwise law abiding passengers. After the terrorist attempted to ignite explosives buried in his underwear, federal authorities responded by prohibiting (for a time) passengers from using blankets, and restroom facilities, during the final hour of a flight.

Yet within the context of Obamanomics, the loss of American freedom is perhaps the most dramatic. This is evident in Dave’s experience with the “Making Home Affordable” home retention program. Delinquent mortgage borrowers who have “retained” their home through this program have, in some respects, been denied their “freedom to fail” (which also denies them the opportunity to learn from their mistakes and failures). And given that the program stipulates very narrow parameters on personal income – one must maintain a minimum, but not exceed a “maximum” in their bank account in order to remain eligible – arguably the program limits one’s freedom to financially succeed.

And imagine the potential results of the student loan relief program that President Obama unveiled during his State of the Union address last week. Part of what he intends is that one’s monthly student loan payment be limited to some percentage of one’s monthly, discretionary income. Yet who, besides yourself, should determine how much of your monthly income is “discretionary?” President Obama can no doubt decide for you.

Human freedom is a frightening and frail thing. It entails both success, and failure.

Will America continue to embrace freedom – or choose President Obama’s control instead?