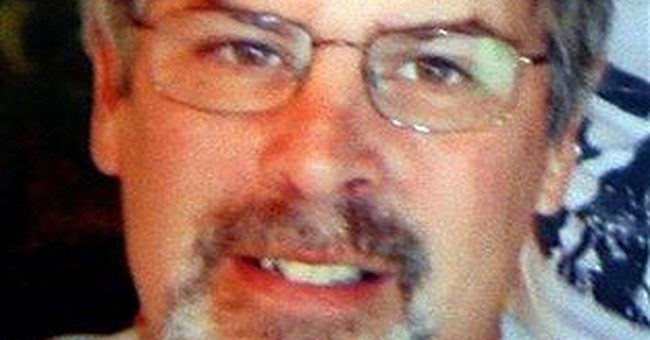 Reuter’s news agency reports that the attack of an American cargo ship by Somali pirates is merely an “annoying distraction” for President Obama, a distraction that is turning attention away from his crucial domestic agenda.

Tell that to Andrea Phillips. She’s the wife of Richard Phillips, the ship Captain being held hostage off-shore from Kenya, who now has a price tag of $2 million on his life. Call me crazy, but I’m guessing that for Mr. and Mrs. Phillips and their friends and relatives, this situation amounts to more than an “annoying distraction.”

In fact, I’m guessing that Barack Obama’s important plans to seize more control over the energy, banking, healthcare, pharmaceutical and automotive industries, have more corporate CEO’s fired, raise taxes, make healthcare and college education “universal,” and convert America to a “green energy economy” are probably not even top-of-mind for Mr. Phillips and those who know and love him. Right now, they have no choice but to focus on surviving in a very dangerous world.

I don’t wish the Phillips’ troubles on any American, and I regret what is happening to them right now. But I do wish more of us had their focus.

In less than three full months of the Obama presidency, we’ve seen some sweeping changes made to our nation’s foreign policy, and during this same brief period we’ve seen a series of new foreign threats and challenges emerge. Of course, Mr. Obama promised changes in foreign policy during his campaign, which included a promise to meet with our nation’s enemies.

Since 1979, it has been the policy of the United States that the sitting U.S. President will not meet with the executive head of a nation that is a known “state sponsor” of terrorism, and because Iran has been known as such, no President in the last three decades has met with Iran’s leader (this would include President’s Carter, Reagan, Bush, Clinton, and Bush, if you’re keeping track).

But Senator Obama knew better. He made it clear in 2007 during a Democratic candidate’s debate that, as President, he would meet with the dictators of Iran, North Korea, Cuba, and other “enemy” nations. And what has this produced? After winning the election last November, Iran’s President Mahmoud Ahmadinejad sent President-elect Obama a note of congratulations, then before the inauguration in January demanded that Obama apologize for the many American “atrocities” committed against the Iranian people.

Seven days after his inauguration, President Obama nearly gave Ahmadinejad precisely what he had “demanded,“ making a regionally televised address to “the Muslim world” in the Middle East (he did this even before addressing the American people, or a joint session of Congress) wherein he assured Muslims that America is not their enemy, and that America wants peace with all. In March, a U.S. diplomat met with an Iranian representative to further “ease tensions” between the two nations, and to diplomatically urge Iran to forego its plans for nuclear weapons.

And now in April, what has become of U.S. / Iranian relations?

Seven thousand centrifuges, that’s what. Without getting in to some detailed discussion about weapon’s technology, suffice it to say that seven thousand centrifuges is a threshold, a milestone that signifies capability for both serious nuclear power generation, and serious nuclear weapon capability. Despite roughly nine weeks of “diplomacy,” apologizing, assurances of “peace making” and discarding of the wisdom of the past five U.S. Presidents by Barack Obama, Iran is undeterred in its quest for nuclear weaponry that can both hit the U.S., and potentially obliterate Israel.

As if Iran isn’t providing enough to think about, there’s also Russia to consider. Secretary of State Hillary Clinton took a clever approach during her trip their last month, handing over an actual “re-set button” device to Russian Foreign Minister Sergey Lavrov, in an effort to signify that the U.S. intends to “re-set” U.S. / Russian relations after the oh-so-damaging Bush presidency (never mind that the “re-set” language was interpreted incorrectly). And to show their appreciation for our re-setting, Russia is now partnering with the dictator of Venezuela, and once again sending their troops to engage in “military exercises” in our hemisphere, along the shores of Cuba. This, of course, is the same Russia that touched-off international fears when they flew military jets into Canadian airspace during President Obama’s visit to Ottawa in February.

And then there’s China - - a dust-up with a U.S. Navy ship, and a call for a new international currency to replace the dollar, all in the month of March. And despite President Obama’s pleas for “diplomacy” and “negotiations,” North Korea defied international will and launched a missile last weekend, sending it flying over Japanese airspace.

Given these and other international tensions, it’s apparent that the world is not responding to Obama’s charm and recapitulations and apologies and kindness the way he believes it should. Mr. Obama would do well to rely less on his charm and kindness, and become more like the Phillips family - - focused on surviving in a dangerous world.