Obama On Hamas: "Hope" That Murderous Behavior Will "Change?" 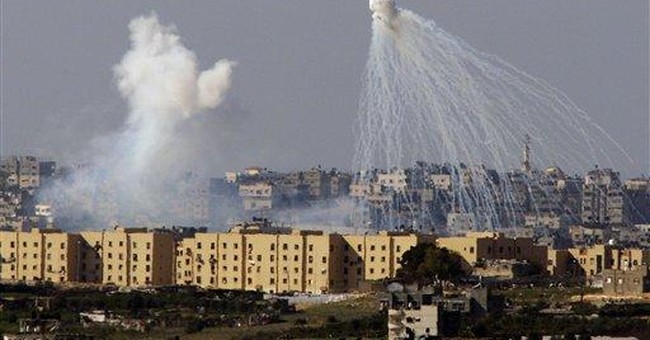 Does America make terrorists hate and kill? Is it time for the United States to ‘befriend” Hamas?

Last Thursday, a report emerged from England that President-elect Obama is planning to open up “low level” contact with Hamas, and that such contact will likely be initiated through U.S. intelligence channels. Suzanne Goldenberg, a journalist with the Washington, DC bureau of the UK’s “Guardian” publication, reported that the forthcoming Obama Administration wishes to abandon President Bush’s policy of isolating Hamas, believing that this policy has failed to produce desirable results.

Without getting sidetracked, I must point out that this is the third time in approximately four months where bizarre news about Obama has emerged from England. The fact that our wealth re-distributing President-elect has a brother living in a hut - - and in abject poverty - - in a rural part of Kenya, and the fact that Obama has an Aunt living as an illegal alien in Massachusetts, were both news items that first emerged from British journalists. Apparently, information about Obama’s extended family, and his purported desire to “work with” Hamas, is information that is either un-interesting, or un-knowable, to American journalists covering the soon-to-be American President.

But more importantly, the notion that President Obama needs to abandon the Bush policy on Hamas because of its supposed failure is a notion that invites several questions. And as I talked about this “breaking news” last Thursday on my radio program at Washington, DC’s 630 WMAL, several questions emerged in the discussion.

Why, necessarily, is the American policy of isolation with Hamas a “failure?” Because despite the isolation, Hamas still attacks Israel, and still poses threats elsewhere. And why does Hamas still threaten and attack and kill? Because it is left isolated by the West, and especially by the United States.

This was the rather circular reasoning that emerged from several callers to my radio show. And both lines of reasoning dismiss the Hamas organization from responsibility for its own murderous behavior, and lay blame for that murderous behavior on a “third party” - - in this case, the U.S.A.

Other callers to my show took more of a “can you feel their pain?” approach. “How would you like it” I was asked by one particular caller, “ if you were cut-off from the rest of the world, and barely had enough food to provide your children or had no access to education, or adequate clothing, or healthcare?”

“I would not like it” I told the caller, “but I would still not choose to murder.”

“Actually,” another caller stated to me, “Hamas didn’t need to behave this way until Bush began treating them the way he has..”

“In what sense does Hamas have a need to murder?” I asked.

“Well, I’m just saying, Hamas is in a horrible situation…”

I suspect that there are millions of my fellow Americans who tend to engage in this kind of thinking regarding Hamas, and perhaps regarding other terrorist organizations as well. And in my experience, when faced with a challenge to their assumptions and their line of reasoning, they often begin to back away from the logical outcomes of that reasoning.

And they should back away from it. If one asserts that Hamas and other terrorist organizations do what they do, simply because members of these groups lack adequate material provision or have been mistreated by other people groups, such assertions lead to two very troubling conclusions: A) Terrorists are ultimately not responsible for their behavior; and B) The behavior of terrorists is justifiable given their difficult circumstances.

This kind of reasoning is usually frowned-upon in every day, “real life” scenarios. For example, most Americans would likely find it abhorrent to excuse the destructive behavior of a wayward teenager, or a reckless adult employee in the workplace. Likewise, the argument that says “he stole money from our company because we don’t pay him enough in salary” would be unacceptable as well.

When you reward bad behavior, you inevitably get more bad behavior in response, not less. It’s true in parenting, and it’s true in organizational and business management. And the axiom applies to public policy, and foreign policy, as well.

The Bush policy says to Hamas “you have behaved your way out of the possibility of a relationship with us; your behavior makes such a possibility untenable.” It rightly stipulates that the responsibility for the lack of relationship lies with the offending party - - Hamas - - rather than excusing the behavior and laying blame on others.

This is not to say, as many do, that the Bush Administration has been “one-sided” with the Israel/Hamas dilemma. On the contrary, President Bush himself has repeatedly asserted that a Palestinian State ought to exist.

But for all his failings, especially on economic policy, President Bush has spoken with tremendous logical and moral clarity on this issue.

Let us pray that President Obama chooses such moral clarity, rather than choosing to reward bad behavior with the “hope” that the behavior might “change.”