Why Turmoil in Belarus Matters

Austin Bay
|
Posted: Sep 02, 2020 12:01 AM
Share   Tweet
The opinions expressed by columnists are their own and do not necessarily represent the views of Townhall.com. 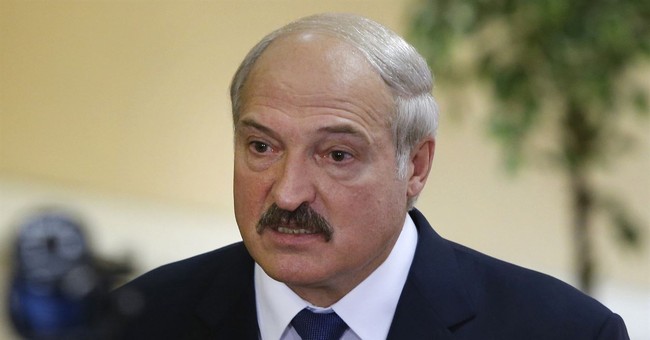 The post-election turmoil shaking Belarus has the typical storyline of a geriatric dictatorship losing its ability to control by fear. The corruption and grinding poverty produced by Belarusian leader Alexander Lukashenko and his regime's 26 years in power finally spurred a new reform-minded generation to challenge the dictator at the ballot box. Knowing they were despised, the dictator's gang rigged the election. Outraged by the fraud, reformers filled the streets with genuinely peaceful mass protests and appealed to free nations for help. Attempting to crush an energized opposition, the dictator's riot cops responded brutally, beating and arresting thousands.

This happens all the time? Unfortunately, yes, it does.

Though Lukashenko has thug qualities comparable to Venezuela's Nicolas Maduro, Belarus isn't a Venezuela or a Democratic Republic of Congo, two other nations where a vote has spurred violent instability.

Does chaos in these hard corners really matter? Here's one way to frame answers --plural -- to that question. Beyond compassionate concern for human beings suffering under a brutal dictatorship, Venezuela possesses the world's largest oil reserves and Congo dominates global cobalt production. The U.S. and its allies must remain diplomatically engaged and, when possible, hinder bad actors with economic and political sanctions.

Alas, Belarus has no precious resources. What it has is meager: a population between 9 and 10 million, a GDP around $190 billion and a crook government controlling 70% to 80% of the economy. Lukashenko is a former communist apparatchik. His 26 years in office is the current longest stretch in power of any European leader. Commentators have called Belarus the last communist dictatorship in Europe and even "Europe's last dictatorship," though Russian President and former KGB colonel Vladimir Putin is a tyrant of a type.

Twenty-first-century political geography, however, damns Belarus with a damnation that matters. Check the map. Belarus is the linchpin of nuclear-armed Russia's western front, the mirror image of Poland's new role in defending NATO's eastern front.

Belarus is also Russia's last Slavic satellite nation -- or so the Kremlin sees it, which adds a demographic interest to a Russia confronted by population decline.

The Kremlin sees Belarus as key to Russian defensive and offensive operations on Europe's new central front. Russia borders Baltic states and NATO members Estonia and Latvia, so Russian ground forces can directly threaten them. However, Belarus separates Russia from NATO nations Poland and Lithuania. A pro-Western government in Belarus denying Russian forces its territory reduces the prospect of a surprise Kremlin attack on Poland. It greatly diminishes the diplomatic and media leverage the Kremlin seeks when it conducts tank and mech infantry exercises along a NATO border.

Is this Russian threat theoretical? The Poles don't think so. Russia's invasion and annexation of Crimea and invasion of eastern Ukraine is fact, not theory. So is Russian hybrid war, toxic political meddling, information warfare, narrative warfare, economic threats, covert attacks and assassination.

As Belarus erupted following the hijacked Aug. 9 election, Russia conducted naval exercises in the Baltic Sea and the Gulf of Finland, and ground exercises near St. Petersburg and in Kaliningrad, the Russian exclave between Poland and Lithuania.

For Russia, defending the Kaliningrad Oblast is both a defensive and offensive operation, with Belarus vital to both. Kaliningrad was once the Prussian city of Konigsberg. Russia kept the city and its environs as a special reward for winning World War II. In June 2016, NATO conducted Exercise Anaconda 2016. As the exercise ended, NATO troops entered Lithuania, liberating it from a Russian attack. The maneuver, however, explicitly cut off Kaliningrad.

Russia has a presence in Belarus right now -- overt and covert. In late August, Reuters reported Putin personally announced the Kremlin had created a police force to support Lukashenko. Poland immediately demanded Russia drop plans to intervene "in Belarus, under (the) false excuse of 'restoring control' -- a hostile act, in breach of international law and human rights of Belarusian people, who should be free to decide their own fate."

Yes, what happens in Belarus matters.