Austin Bay
|
Posted: Nov 21, 2018 12:01 AM
Share   Tweet
The opinions expressed by columnists are their own and do not necessarily represent the views of Townhall.com. 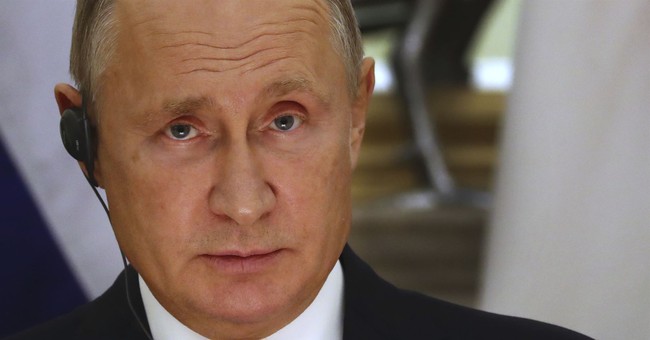 In concept, the pinpricks will eventually bleed Ukraine to the point of capitulation. However, as the going price for a barrel of oil dips below $60, the loss of petro-cash impedes this particular Muscovite imperial ambition.

Track back four days. A similar outburst occurred on Nov. 15. In a dozen or so attacks, one Ukrainian soldier was wounded. Intel sources claimed three "occupiers" were killed and three wounded. One Ukrainian Army soldier was injured. The fighting centered on the towns of Shchastya and Krasnohorivka.

The dearth of reported casualties is why major media do not write headlines ("if it bleeds it leads") and why some commentators occasionally refer to such attacks with the more anodyne term "armed incidents."

Moscow smiles on terms like that because they provide additional narrative deniability. Separatists involved in armed incidents? So what? There are no Kremlin fingerprints -- according to the Kremlin.

The Donbass isn't the only front that could escalate. There's the Sea of Azov. Oh, is the geography too obscure? The geography you don't know could still kill you when a nuclear power is involved, and Russia is still a nuclear power.

The Sea of Azov is a nook of the Black Sea lurking east and north of the Crimean Peninsula -- the peninsula Russia invaded and annexed in 2014.

For the first time since WWII, military aggression in Europe by a major power (Russia) led to territorial expansion. In Europe, the legacy of major power aggression and annexation is mass slaughter and, in the 20th century, global war.

This is why people on this planet who are seriously interested in securing peace cannot ignore Russia's 21st-century pinprick war in the Donbass.

In the last few months, the Kremlin has closed the Kerch Strait, which connects the Sea of Azov to the Black Sea. As a result, the Ukrainian seaports of Berdyansk and Mariupol are blockaded.

Denying commercial shipping access to these ports is an economic attack on Ukraine. Like the pinprick attacks in the Donbass, the blockade drains Ukraine.

It is high time NATO made certain Russia's pinprick war in the Donbass ends in defeat.