The U.S. Army Moves Back to the Future

Austin Bay
|
Posted: Feb 08, 2017 12:01 AM
Share   Tweet
The opinions expressed by columnists are their own and do not necessarily represent the views of Townhall.com. 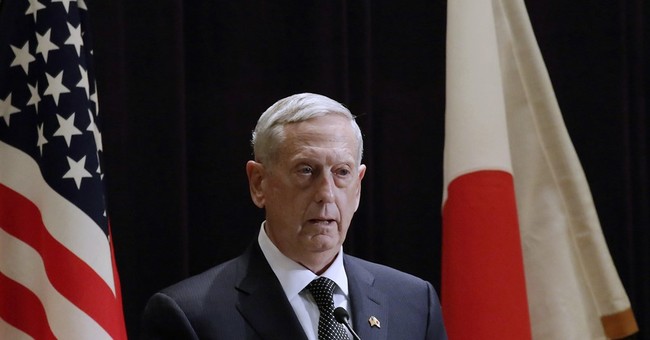 That's why Mattis intends to address emerging weaknesses and evident deficiencies in American defenses -- to avoid paying a costly price.

As Secretary of Defense, his focus is the U.S. military, guiding it in the present and preparing it for the future. However, I suspect Mattis intends help correct one of America's fundamental national security inadequacies: our failure to systematically coordinate the "elements of national power." The elements are usually identified as Diplomatic, Information/Intelligence, Military and Economic. The military acronym is DIME.

Mattis is well equipped to tackle America's DIME deficiency. He was an outstanding combat officer. He possesses a first-rate intellect and an old school history professor's grasp of detail and nuance. But first and foremost, he's a proven global-level leader who has dealt with the tactical, operational and strategic consequences of the haphazard coordination of American power.

Haphazard coordination creates weaknesses in even the world's finest military and the world's strongest economy.

The price Americans pay when an adversary harms us may or may not include lost American or allied lives, material destruction and immediate financial damage. But there are always political costs. Some costs are immediate and tangible. Even if inconsequential, they may draw mainstream media attention, at least for a news cycle. Other political costs, however, emerge over time.

We know something about what is being called the Secretary of Defense's initial "campaign plan" for rebuilding and modernizing American military capabilities. Much of it is contingent on Congress providing the budget.

Loren Thompson, in Forbes Magazine, said that Mattis intends to rebuild all four services. The Navy will get new ships. The betting is the Air Force -- at some point -- will get money to begin building a new heavy bomber to replace its antiquarian B-52s and aging B-1s and B-2s. The Marines need new amphibious vehicles. Mattis intends to improve military communications by funding a secure tactical communications system that frustrates enemy intercept and cyber intrusions.

However, the Army is first in line for resurrection. The budget shortfalls over the last six to eight years have eroded the Army's ability to win a land war with a near-peer adversary. Thompson pointed out that for the last decade the Army has focused on counter-insurgency operations (think Afghanistan). It needs to be able to fight and win "combined-arms mechanized battles." That phrase is Pentagonese for battles combining tanks, armored infantry, artillery, attack helicopters, strike aircraft (Navy, USAF and USMC), special operations units and even long-range missile fires.

Soldier training must change and focus on the skills these battles demand. In a sense, the Army's future is "back to the future." The Cold War Army in West Germany was built for mechanized warfare. Desert Storm and the 2003 Iraq invasion featured mechanized, combined arms operations.

The Army can tap reserve stocks of tanks and armored personnel carriers, which reduces costs. However, they require refurbishment. The Army needs equipment to defeat new weapons in adversary arsenals, to include armed drones and long range "smart missiles" with anti-armor munitions.

A near-peer adversary -- possessing these new weapons -- has been probing the air defenses of NATO's Nordic members and threatening the borders of NATO's Baltic states: Russia.

Mattis intends to quickly field a U.S. Army that can deter Kremlin adventurism in Eastern Europe. That's the M in DIME. Two or three U.S. armor brigades may forward deploy to Poland. That involves Diplomacy and makes an Information statement. Poland wants the Trump Administration to encourage the export of liquefied natural gas to Eastern Europe in order to undermine Russia's ability to deny energy supplies and threaten European economies. Presto -- an E. And we've the bare sketch of America coordinating DIME to deter war.