Austin Bay
|
Posted: Dec 15, 2016 12:01 AM
Share   Tweet
The opinions expressed by columnists are their own and do not necessarily represent the views of Townhall.com. 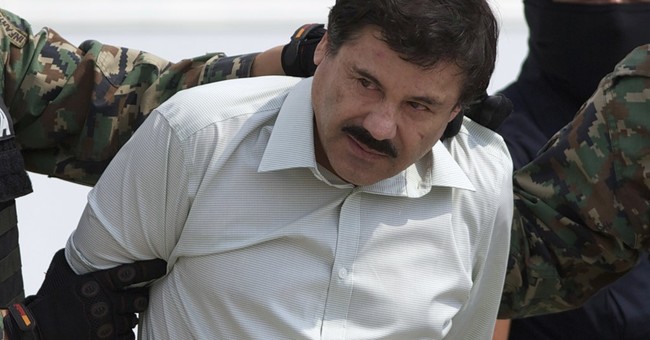 Mexico was battling well-financed criminal organizations long before December 2006. But that's the month, 10 years ago, when former President Felipe Calderon decided to use military forces to fight the well-armed and well-financed drug cartels that had begun to threaten Mexico's internal stability.

Mexico's Cartel War (la guerra contra el narcotrafico) began on December 11, 2006 , when Calderon ordered the Mexican Army to quell cartel-inspired violence in the western state of Michoacan. Calderon believed the cartels were in the process of creating a "criminal mini-state" in the region.

The Familia Michoacana drug cartel was an Army target. The Valencia and Gulf cartels were waging a turf war in the Michoacan. The Sinaloa cartel also had a presence in the state.

StrategyPage.com's Mexico update provides a gripping historical window on the turmoil in Michaocan state, Calderon's decision to intervene with the military and the Mexican Army's initial Cartel War operations.

"December 17, 2006: The (Mexican) Army announced a major drug bust operation in western Mexico. The army arrested Elias Valencia, head of the Valencia drug cartel...The Army and various police organizations began a large-scale counter-drug operation in Michoacan state on December 11. The operation included a large "sweep" of Michoacan by troops supported by armored vehicles. Police had been ambushed in southwestern Michoacan and it looks like the armored vehicles were a response to the road ambushes. The state has been the scene of fighting between the Gulf Cartel...and the Valencia cartel. The two cartels had been shooting at one another and committing "execution style" gangland slayings. The army reported one firefight on December 13 near what was described as a "marihuana plantation."...Mexico's new president, Felipe Calderon, promised he would take action against the drug gangs. It looks like action includes the Mexican Army deployed as a police force but also conductin!

g operations that look more than a bit like counter-insurgency operations."

Calderon decided to use the military as a last resort. Drug gang firepower and cash had overwhelmed local police forces and government institutions. Per StrategyPage's report, cartel gunmen were ambushing and out-gunning municipal, state and federal police.

The Mexican military's professional reliability and public trust also informed his decision. The Mexican people knew they could rely on their military because it was the one institution the long-governing Institutional Revolutionary Party (PRI) had never completely corrupted. The military remains one of the most highly trusted institutions in Mexican society.

Calderon, however, intended for the military to be part of a security team. Winning the Cartel War demanded systemic modernization in Mexico -- meaning political and economic modernization. Endemic political, economic and judicial corruption have gone hand in glove with crime in Mexico. Most Mexicans agreed with Calderon's assessment, especially with his doubts about the police and judiciary. Contemporary polls indicated the majority of Mexico's adult population thought civilian police forces were corrupt and unreliable.

The Mexican military didn't want to fight the Cartel War and still doesn't. In a recent interview, Mexico's defense secretary, General Salvador Cienfuegos Zepeda, provided a blunt assessment of the Cartel War and the military's central role. "We did not ask to be here, we do not feel comfortable here, we did not train to pursue criminals, our role is another and it has been distorted. We would love the police forces to do their job ... but they don't."

"Ten years ago it was decided that the police should be rebuilt, and we still haven't seen that reconstruction...there is a lack of commitment on the part of a lot of sectors. This isn't something that can be solved with bullets; it takes other measures and there hasn't been decisive action on budgets to make that happen."

Mexico is losing the war for reform. That's why The Cartel War continues.