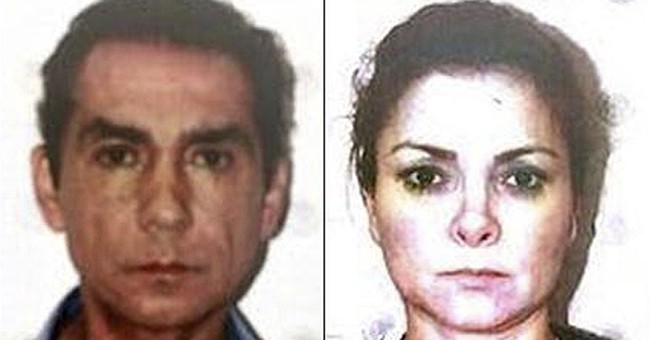 Trending
Gang and government lawlessness plague Mexico. On Sept. 26, a violent gang and a criminal government combined to massacre 43 students near the Guerrero state town of Iguala.

There are two reasons the crisis could damage Pena's own ability to govern.

The Iguala Massacre captures Mexico's dilemma in one vicious incident.

Here are the barbaric facts. On Sept. 26, Iguala municipal police broke up a march and a political demonstration staged by student protestors. Police killed six and then arrested another 43 student protestors. The police killed perhaps another dozen (by "asphyxiation," investigators believe) and then handed the others over to the Guerreros Unidos (United Warriors) gang. The gangsters killed the other 30 or so young men and women, shredded their corpses and burned the remains. After two gang members confessed in late October, investigators found burnt bone fragments in a dump near the town of Cocula (17 kilometers from Iguala). Search parties also discovered six bags of human remains.

Yes, policemen and gang gunmen colluding to commit mass murder. The tragedy, however, has a Lady Macbeth turn, which leads to Guerrero's governing elites.

In early October, residents of Iguala claimed that Iguala mayor, Jose Luis Abarca, pressured by his wife, Maria de los Angeles Pineda, ordered municipal police to attack the students. Pineda intended to run for mayor of Iguala (to replace her husband after he completed his term). Pineda, whom local media call "Lady Iguala," had scheduled a speech before 3,000 bused-in supporters in the city plaza. She told her husband opposition demonstrators must not interrupt her campaign fiesta.

Pineda, the sister of two deceased members of the Beltran-Leyva cartel, is emblematic of government and gang in one well-heeled elite. Several Guerreros Unidos gang members were once Beltran-Leyva gunmen. National media now call Pineda "the First Lady of Murder."

As September ended and October progressed, investigators discovered several mass grave sites -- incriminating discoveries, but none of them contained the students' bodies. Fear of a cover-up to protect crooked cops and politicos spurred protests throughout Guerrero state. Mayor Abarca is a powerful member of the hard-left Party of the Democratic Revolution. Protestors claimed that the state governor, Angel Guirre (another PRD bigwig), was conspiring with Abarca to frustrate the search.

Kudos for the feds? Not quite. A comment by Mexican Attorney General Jesus Murillo Karam (made in a Nov. 7 press conference discussing the crimes) inflamed passions and undermined President Pena's claim that his government was focused on bringing the murderers to justice. Murillo Karam decided that he had taken enough questions and told reporters "Ya me canse" ("Enough; I'm tired.") Several million citizens heard this as elitist arrogance.

Critics throughout see the Abarca-Pineda duo's involvement as prima facie evidence of the political class' disdain for the rule of law. For many Mexicans, Pena's own Institutional Revolutionary Party is a synonym for corruption and disdain.