A Hotel in Babylon 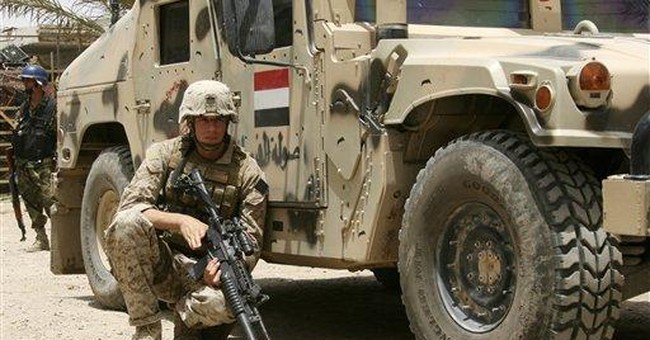 "If you have the chance, Austin, make sure you visit Babylon," an Iraqi-American friend told me a month before I left the States for military duty in Baghdad. "We," he said, meaning Iraq and Iraqis, "have so much history."

We -- my friend and I -- were drinking coffee in a bookstore. I had a newspaper at my elbow. He'd brought a map of Baghdad, to show me the neighborhood where he'd lived years ago, should I have the opportunity (helmet, flak jacket, escort of armored vehicles) to drive around the city and have a look.

"Well, you can make a case that Iraq, as Mesopotamia, is the source of history, at least Western history," I replied. "I mean, as in recorded history? Literacy? Records on clay tablets recording goat and sheep trades kept by Mesopotamian city states?" I tapped the newspaper -- which, given the war, featured a headline reporting a string of terror bombings in and around Baghdad.

"Sumer and Ur, home of Abraham ... Ninevah ... Mesopotamia -- perhaps the southern marshes -- as the source of the Agricultural Revolution? ... Alexander at Gaugamela ..."

Covering five or six millennia in a conversation over coffee is impossible, but with Iraqi history as the topic, that's roughly the time span available for comment and speculation -- and we gave it a go, fully aware I'd soon join yet another army operating in history's cradle.

Then he said: "Iraq should not make money by only selling oil. Agricultural Revolution? We grow food. We've water. And the country should be filled with tourists. There is so much to see, so much history. I have always wanted to own a hotel in Babylon. Maybe, you think, in 10 years?"

While on duty in Iraq, I visited Babylon twice -- Babil, the locals call it. I didn't go as a tourist on a whim, I was under orders, as a colonel from a higher headquarters visiting the headquarters of Poland's contingent. The Poles had an archeologist attached to their staff and -- when the briefings and planning sessions ended -- the Polish commander insisted we walk through the spectacular ruins with the archeologist as a guide.

On a stump of a hill overlooking ruins sits a palace playpen Saddam built for himself and his homicidal sons -- a work of cruel marble kitsch. I remember telling a soldier walking with me that that the place was a hideous eyesore, but Saddam, who claimed he was a new Nebuchadnezzar, couldn't leave Babylon alone. "Building it damaged the ruins. No way it didn't," I said.

"It's sure there," the soldier replied -- one of the most succinct architectural damnations I've ever heard.

"Yeah, so we deal with it, huh?" I said. Then, thinking of my Iraqi friend's entrepreneurial aspiration and knowing war zones aren't for tourists, I added, "When someone turns that palace into a luxury hotel, you'll know we're well on our way to victory."

That was 2004. It's 2009. In the last six months, as the Iraqi government solidifies its victory over al-Qaida's murderers, Saddam's thugs and Iranian-backed gangs, there are tantalizing signs Iraq's tourist industry has begun to revive. Earlier this month, Iraq re-opened its National Museum, which was damaged and looted when Baghdad fell in April 2003. Greece recently offered financial assistance and technical aid to help Iraqis restore and develop damaged archaeological sites and revamp museums. In late 2007 -- when the Iraqis knew they were winning -- the Iraqi minister of tourism said Iraq needed to increase its available hotel space by "three or four times" in order to be able to handle the rise in tourism he anticipated.

Ten years was my Iraqi friend's guess -- 2014. But based on market signals, it's time he contacted a commercial real estate agent in Babil.